'Dancing with the Stars' ' Jana Kramer: Why I Thought I Was Going Home

Country singer Jana Kramer is currently competing on Dancing with the Stars, and she’s blogging about season 23 exclusively for PEOPLE. Follow Kramer and her partner Gleb Savchenko, both 32, on Twitter!

Last week was a big week for me.

It was probably the first week I went out on that dance floor, really let go and enjoyed being out there. I was really happy with how our dance went. That said, I still have to concentrate. The judges are starting to get more nit-picky in their critiques and they aren’t judging us with kids’ gloves on anymore. They are looking at me as a dancer, not just a celebrity trying to dance. That’s nice, but also nerve-wracking.

Making it even more nerve-wracking was how well everyone else scored last week. Laurie Hernandez totally deserved her perfect score, but I remember looking at Gleb and saying, “We have to step up our game!” And Terra Jolé is a really good friend, but when she got the season’s first 9, I looked at her and said, “Girl, I am so proud of you! But, man, I have to get my stuff together!” I’m definitely a very competitive person and want to step it up and join them at the top.

The elimination show on Tuesday was a crazy night. We weren’t really sure how they were going to reveal the two couples going home. So when Babyface was eliminated, we all were trying to listen carefully to hear what Maureen’s fate was. Then when she was safe, we all started doing the math as people joined her in safety. I was backstage with Cheryl Burke counting the couples on our hands to see who was left. We started getting really nervous because none of us were ready to go home.

Being in the bottom two, I was really scared. I know Vanilla Ice has a really large fan base and brings something different to the show and I really thought I was going home. But I was so grateful to be saved.

It was particularly important to me to make it to Most Memorable Year week, which is the theme for tonight. It’s always been my favorite night on the show because the viewers get to learn so much more about the celebrities and dive into the layers beneath the surface.

I chose to honor the birth of my daughter with my contemporary dance tonight.

I love contemporary because I feel like I can really feel the emotion in every move. I know I have to concentrate on the moves and keeping my shoulders down and all the other technical aspects (like the lifts, which have me bruised all over my body) but at the end of the day, tonight is about celebrating my daughter and how much she means to me — which is the world!

Jana Kramer Says Laurie Hernandez Is No Longer the 'Dancing with the Stars' Front-Runner: 'It's Anyone's Game' 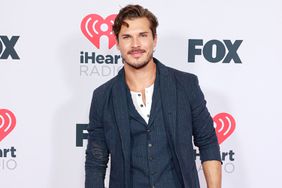 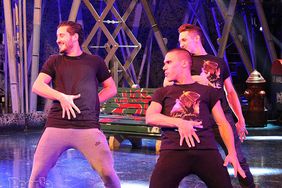 'Dancing with the Stars' ' Jana Kramer on Gleb Savchenko's Debilitating Flu — Right Before the Finale! 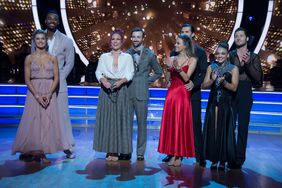 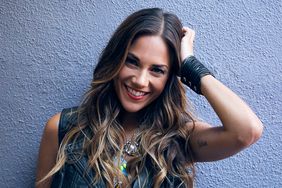 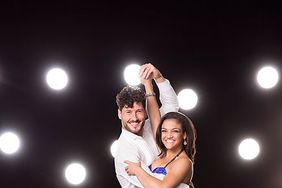