Dancing with the Stars will be a little less fabulous when it returns to ABC in March.

“I’m taking season 12 off,” three-time champ Derek Hough tells PEOPLE. The Dancing pro, 25, will be busy playing the lead role in the upcoming dance movie Cobu 3D, which is slated to film in New York and Toronto this spring.

Hough will play a New Orleans street dancer who moves to New York and falls for an Asian drummer (played by Korean pop recording star BoA). The Romeo and Juliet-style love story (their dance groups are rivals) will be accented by “some incredible dance numbers,” says Hough. “People will see a much edgier side of me and these other styles of dance I’m capable of doing.”

Hough has already started training for the film by working out in the gym and brushing up on his tap dancing skills. He says he’s put on “about 10 lbs. of muscle” for the film, “which is a lot for me.”

Everyone at DWTS is excited for Hough’s new endeavor. “We wish Derek the best as he takes time off from Dancing with the Stars to pursue his film career,” the show’s executive producer, Conrad Green, tells PEOPLE, “and look forward to having him return to the show in the fall.”

And Dancing fans can expect Hough to come back to the ballroom better than ever for season 13.

“I will be making it back to Dancing with the Stars in the fall. I’m just taking a little break and taking this chance to grow and expand a little bit as an artist,” Hough says. “It’s like I told one of the producers on the show – I’ll come back with a whole new set of skills.” 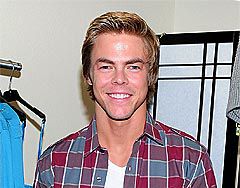 Derek Hough: I Will Be Back on 'Dancing With the Stars' 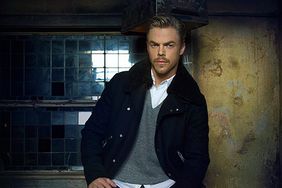