Cheryl Burke's 'Dancing with the Stars' Blog: Why I've Returned and What It's 'Really' Like Working with Ryan Lochte

Dancing with the Stars‘ Cheryl Burke has returned to the reality dance competition she first joined in 2006, and is blogging about season 23 exclusively for PEOPLE. Follow Burke and her partner Ryan Lochte, both 32, on Twitter!

As many of you know, I left Dancing with the Stars in 2014. I had started on the show back in season 2 and after 18 seasons, I felt a bit like a robot just repeating the same task with a different partner every six months. So when season 19 ended, I was turning 30 and ready to see what else was out there for me.

I got the opportunity to do I Can Do That! on NBC and was fortunate enough create and direct my own live stage show, Love on the Floor, which opened in Japan. I had such an amazing time learning new skills and dances and really thinking outside the box.

But through all of that, I still made sure to watch DWTS and keep up with the family I had created on the show. So, now I’m so excited to bring back all that new life experience to DWTS. In a way, it feels like I’m doing the show for the first time. I’m excited again – and I’m ready to go out there and give it my best shot.

And I have wasted no time diving back in. These first few days back on the show have been crazy! Monday we shot the opening number for the premiere episode in Los Angeles from 6 a.m. to 7:30 p.m. and then went straight to the airport, landed, went straight to Good Morning America to reveal the season 23 cast, did a photo shoot and headed right back to the airport and back to L.A. Welcome back, right?

I’ve been paired with Olympian Ryan Lochte and I couldn’t be happier. I’ve worked with athletes like Chad Ochocinco and Emmitt Smith in the past and I’ve always been impressed by their work ethic – and Ryan is no different. He shows up on time, ready to work, takes constructive criticism well and wants to keep practicing until he’s perfect.

We don’t know what our first dance will be yet, so we’ve just been working on the fundamentals. Ryan doesn’t have any dance experience, so we are basically starting at zero – but I like that. He reminds me a lot of when I worked with Rob Kardashian. No one expected a lot from Rob, but we made it all the way to the finals because he was willing to put in the work. To me, how successful you are on DWTS has everything to do with work ethic.

The Olympics are over, so we luckily don’t have to balance our rehearsals with Ryan’s training schedule. But with everything going on in his life right now, there is a lot on his mind. I’m really glad that I can be there now as a distraction. The show has given him something else to focus on: getting ready to dance in front of millions of people. I think this opportunity came at the perfect time for him. He’s a competitor and loves competition and I think it’s great that he has a new goal to tackle. I can’t wait to get out there and help him become the best dancer he can be.

Season 23 of Dancing with the Stars premieres Sept. 12 on ABC. 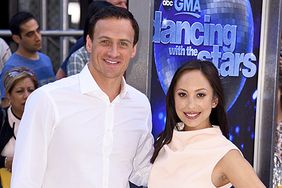 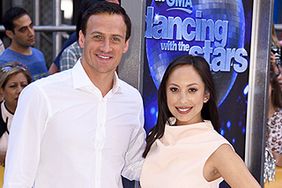 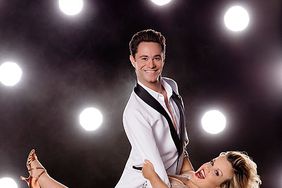 Terra Jolé Reveals the Toll 'Dancing with the Stars' Is Taking on Her Newborn Son: 'He Won't Latch Anymore'