'Dancing with the Stars: Athletes' Crowns Adam Rippon as Its Season 26 Champion

Dancing with the Stars: Athletes has crowned its season 26 winner!

Dancing with the Stars has a new champion!

After a fierce four-week cycle, the all-athletes edition of the reality dance competition crowned its season 26 winner on Monday evening’s finale.

Three athletes and their pro partners — Adam Rippon and Jenna Johnson, Tonya Harding and Sasha Farber, and Josh Norman and Sharna Burgess — went head-to-head in the final night of the season, but it was Rippon who was awarded the Mirrorball Trophy from co-hosts Tom Bergeron and Erin Andrews.

And Johnson, 24, earned her first Mirrorball trophy after being a pro on just two seasons!

“The Mirrorball has now taken on a new meaning, someone like me is accepted and I feel loved,” the Olympic ice skater, 28, said before his freestyle dance.

Who Is Competing on Dancing with the Stars: Athletes?

Though he received a perfect score and a standing ovation for his jazz routine during his first dance, Rippon got mixed reviews on his freestyle to Pitbull and DJ Kass’ remix “Scooby Doo Pa Pa.”

“This freestyle is different, corky, fun and totally embodies me as a person and I want to share that with America,” Rippon said of his freestyle, which earned him a 28 out of 30.

All the Olympians Who’ve Competed on Dancing with the Stars
DWTS: Athletes Standout Adam Rippon Introduces Us to His Mom & Sister Backstage!

Though Rippon did not receive a perfect score for his freestyle, both Harding, who danced to Gloria Gaynor’s “I Will Survive,” and Norman, who danced to Thirty Seconds to Mars’ “Walk on Water,” garnered 30/30.

And for their first dances: Harding earned a score of 26/30 for her Viennese waltz while Norman got a 27/30 for his foxtrot.

Ahead of the DWTS: Athletes premiere, PEOPLE revealed photos of the revamped set — including a new screen on the main stage that can split open and a jumbotron — as well as the new special edition version of the Mirrorball Trophy, which reads “Athletes.”

The Shimmy, the Sprinkler…the Cat Claw?DWTS Season 26 Cast Show Off Their Go-To Moves!

Rippon was among 10 teams of athletes and pro dancers who went head-to-head for the trophy during the shortened four-week cycle and each returned for the glittery finale. 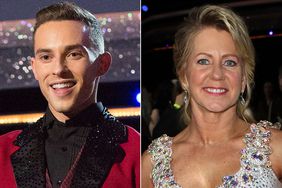 Adam Rippon Opens Up About Competing Against Tonya Harding: 'I Didn't Really Know What to Expect' 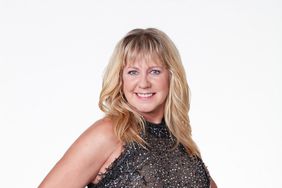