Jake T. Austin Is Joining 'Dancing with the Stars' ! 5 Things to Know About 'The Fosters' Actor

DWTS is slated to return Sept. 12 on ABC

Jake T. Austin is joining the season 23 cast of Dancing with the Stars!

ABC officially revealed on Tuesday that the Disney actor, who is widely recognized for his former starring role on The Wizards of Waverly Place, will appear on the upcoming edition of the reality competition reality.

Austin, 21, is joining a growing list of A-listers, including Olympians Laurie Hernandez and Ryan Lochte, Maureen McCormick and Amber Rose.

Below are five things to know about the actor ahead of the DWTS premiere.

1. He’s dating one of his fans.
The 21-year-old confirmed to PEOPLE in January that his girlfriend, Danielle Ceasar, was a superfan before the duo started dating. “We’re young and having fun just getting to know each other,” the actor said of his 22-year-old girlfriend, who began tweeting the actor back in 2009 and met him at a meet-and-greet in 2011. “It doesn’t matter how you meet someone – on set, in a coffee shop, at school or in the business. Sometimes you connect with people at the right moment and you just click,” Austin said.

2. He played Selena Gomez’s little brother on Wizards of Waverly Place.
Before Austin became the face of Jesus Foster on Freeform’s The Fosters, he played the role of Gomez’s character Alex Russo’s little brother, Max, on the Disney hit.

RELATED VIDEO: Dancing with the Stars Cast Revealed: Everything to Know About Season 23

3. His real name is Jake Szymanski.

Though known professionally as Jake T. Austin, the actor was born with the last name Szymanski to parents Giny Rodriquez Toranzo and Joe Szymanski. He has one younger sibling, sister Ava Szymanski.

4. He was the voice of Diego on Dora the Explorer.
After appearing in commercials and scoring small TV roles as a child, he caught his big break when he scored the recognizable voice-over role of Diego on Dora the Explorer. Following his run on the Nickelodeon show from 2005 to 2009, he secured his own spin-off TV series, Go, Diego! Go, from 2005–09. 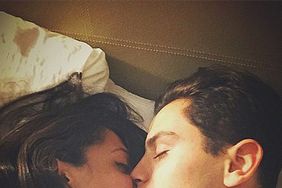 'The Fosters' Star Jake T. Austin Is Dating One of His Longtime Fans: 'We're Young and We're Having Fun' 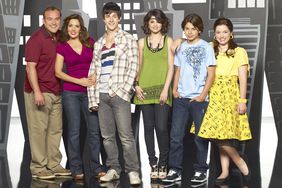 The Wizards of Waverly Place Cast: Where Are They Now?