'Dancing' Pros Reveal How Stars Are Doing in Rehearsals

Cheryl Burke and Julianne Hough are already hard at work, rehearsing with their new partners for season 6 of Dancing with the Stars. At Billboard magazine and Children Uniting Nations’ annual Oscar party, the Dancing pros told PEOPLE how Cristi n de la Fuente, who’s partnered with Burke, and Adam Carolla, who’ll be dancing with Hough, are doing:

How is Cristi n doing so far?Cheryl: He’s really determined and loves to learn. Insecurities out the door! He’s willing to do whatever it takes and that for me is the best partner.

What are the biggest challenges in training him for the competition?Cheryl: Standing up straight! He’s tall. He’s tall! He naturally has a hunch so it’s hard for him to stand up straight. That’s probably going to be our little challenge for this season. He has natural talent but he does need to learn rules of ballroom dancing and he needs to be disciplined in his head.

How’s dancing going with Adam?Julianne: My feet aren’t hurting yet which is a good thing! We’ve only had three lessons together so I’m really starting to mold him and break him in. He’s still a little nervous but he’s doing well. He’s a little bit less coordinated than my last two partners but he’s going to do great. He’s funny and we laugh all the time.

What are his strengths and what are his weaknesses?He’s a really hard worker. He’s definitely a competitor. He’s really got a great personality so are going to like him for that. His weakness? He’s really tall. So tall! And kind of uncoordinated. It’s more about being comfortable in your skin. It’s really difficult for him. We’re doing the fox trot and he has to be tall and have good posture and everything so it’s really different for him. –Eunice OhJon Kopaloff/FilmMagic; JAMES SORENSEN/ABC> 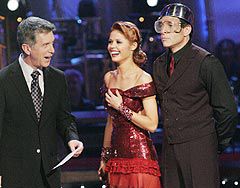 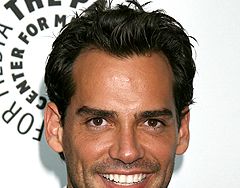 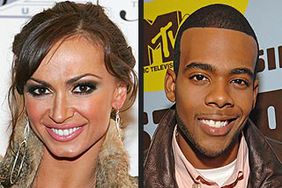 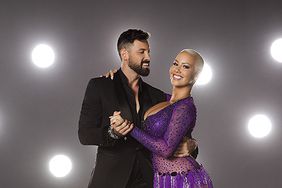