Elisabeth Shue is going back to Las Vegas.

The award-winning actress, who was nominated for a best-actress Oscar for her role in Leaving Las Vegas, is joining the cast of the Vegas-based CSI: Crime Scene Investigation, CBS announced Friday. Her character’s first appearance will be in the Feb. 15, 2012 episode.

Shue, 48, also known for her roles in 1980s flicks including Adventures in Babysitting and The Karate Kid, will be a series regular.

She’s coming on board just as longtime cast member Marg Helgenberger, who played CSI Catherine Willows for 11 seasons, prepares to leave the show.

Shue’s character will be the team’s newest CSI who arrives shortly after taking an anger management course – and viewers will discover she has a history with D.B. Russell (played by Ted Danson), whom her character worked with in Seattle.

“While it s difficult to say goodbye to a beloved character like Catherine Willows, it’s exciting to start a journey with a new CSI, especially when that character is played by Elisabeth Shue,” executive producer Carol Mendelsohn said in a statement. “The new CSI also struggles with ‘brutal honesty issues’ and suffers no fools.” 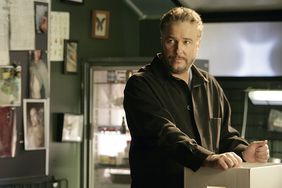 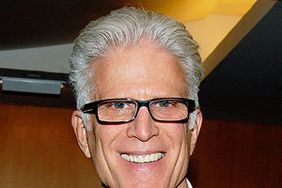 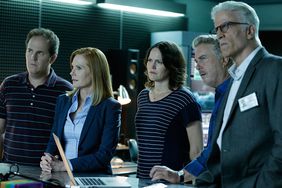