Courtney Stodden was 16 when she married Doug Hutchison in 2011

Update: In April 2021, Courtney Stodden announced that they are non-binary and use they/them pronouns. This content was written in January 2020 before they publicly announced their gender identity.

Courtney Stodden and Doug Hutchison‘s divorce has been finalized.

According to TMZ, the former couple filed new documents and informed the court that they have reached a settlement on the distribution of their possessions. Once a judge signs off, they will both be single in March.

TMZ claims that per the docs, Stodden will be keeping all of their furniture and appliances, while Hutchison gets to keep their Italian Greyhound and 2001 Jeep Wrangler.

The former couple will also be splitting their bank accounts and life insurance policy in half, TMZ reports.

Stodden married the Lost actor in 2011 when she was just 16 years old, while Hutchison was 50. The pair separated and reconciled multiple times throughout their relationship.

In 2016, after nearly six years of marriage, the two called it quits, seemingly for good — months after Stodden suffered a miscarriage with the couple’s first child, a situation that she has said “deeply” affected the marriage.

In an interview with Buzzfeed last April, Stodden reflected on the pair’s controversial nuptials.

“I knew it was controversial,” Stodden said. “I knew it would be hard to get people to accept it. But I had no reason to be prepared for what happened,” she says, referencing the onslaught of tabloid attention they received.”

Stodden said that Hutchison was her “everything.”

Courtney Stodden: Estranged Husband Doug Hutchison Is ‘Ingrained’ in Me ‘Because I Was 16’

Stodden said she felt to blame for him losing his family and career because of their union: “I take responsibility for it. I don’t want to continue hurting people along the way. I’ve hurt him a lot.”

“I know that I love him so much, and I think he’s also ingrained in me because I was 16,” she said. “He has his thumbprint all over my spirit, and that part is hard for me to grow out of. He’s in my identity. If he wasn’t the person he is, I would say absolutely he took advantage of me. But the situation was so unique, right or wrong.”

Speaking to PEOPLE in 2017, Stodden said while getting married at 16 “affected” her in many ways, she was focused on the future.

Of their divorce proceedings, she said she was “trying to take things slow because I love him and it’s really hard on him.” 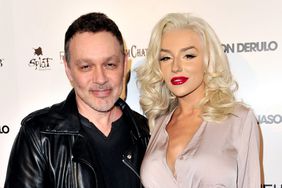 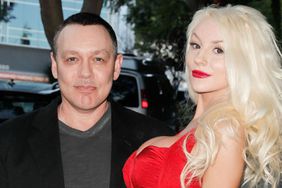