"We developed a fun, flirty friendship and I'm really happy for him," she tells PEOPLE exclusively

Courtney Robertson will always have love for Arie Luyendyk Jr.

Speaking exclusively to PEOPLE, Robertson — who wonBen Flajnik‘s season of The Bachelor in 2012 — opened up about the franchise’s new leading man, whom she dated off and on for years, including recently.

From his make-out skills to his “heart of gold,” see what she had to say about the 35-year-old professional auto racing driver, who was the runner-up on Emily Maynard‘s season of The Bachelorette in 2012.

What is your relationship with Arie?

ROBERTSON: Arie and I have dated on and off for a long time — for years. We developed a fun, flirty friendship and I’m really happy for him.

How did you find out he was going to be the Bachelor?

He actually called me while he was at the airport on his way to New York. I already knew they had contacted him and that it was a possibility, but I was surprised! Even Arie said, ‘I think it’s a long shot. Who knows, maybe they just want me to come on the show so they can stick me in a dunk tank and have America decide.’ He was really funny about it. Even now, Arie still can’t believe it’s really happening. He’s really excited about it, so I’m happy for him. I hope he finds The One.

There was a lot of negativity surrounding the announcement yesterday — were you surprised?

Of course I’m protective of him, but Arie has thick skin and he won’t pay attention to any of that negativity. And America will get on board. Peter [Kraus] from the sound of it thought, ‘If I don’t want to propose, I won’t have to.’ And that’s not the premise of the show. The whole point is that it ends in an engagement. I believe Arie will be in engaged in three months, absolutely.

Would you go on the show?

All of this really brought back memories for me. A lot of people were saying to me yesterday, ‘Please go on the show!’ But I won’t be going on. I won’t be making an appearance. I’ve been there, done that!

How will Arie be as the Bachelor? A lot of people don’t know him.

Arie is more than capable of handling himself. He’s a very funny person. People think of him as quiet, but once he’s comfortable, his personality really comes out. He’s actually outgoing, and he’s very smart. He’s really good at making decisions, so that’s a great quality that will help him, I think. I’m very indecisive and it drives him crazy. He’s always like, ‘Make up your mind!’

In your 2014 memoir, I Didn’t Come Here to Make Friends: Confessions of a Reality Show Villain, you said he was the best sex you’ve ever had.

Yes! He’s very passionate and he’s a great kisser. The girls better get their Chapsticks ready!

Why do you think this is the right time for him to be the Bachelor?

Arie’s in a great place. He’s older now. He’ll be 36 [on Sept. 18]. He does want to get married and he wants a family. He’s just been holding out for the right person. I think he’s as ready as he’ll ever be.

Will it be hard for you to watch him go through this given your feelings for him?

I think it would be hard for anybody to watch an ex fall in love and get engaged. We have a history. I don’t think I’ll be watching, but I’m so excited for Arie. He has a heart of gold and good things happen to good people. This is the best year ever for him. It’s like winning the lottery! This is truly the love story people have been waiting for.

Why didn’t it ever work out between you two?

We have a special friendship. Arie has always been there for me, he’s stuck by my side. I had a bad rep for awhile and he always defended me. He’ll always be a special person in my life. But the timing has never been right for us. The timing is right for him now. And I will always fight for him. I’ll always be in his corner.

Luyendyk Jr.’s season of The Bachelor premieres in 2018 on ABC. 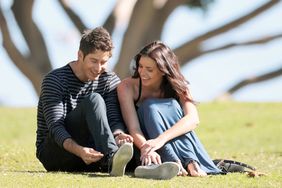 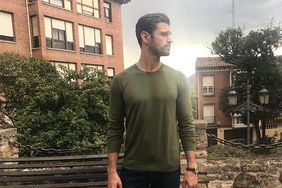 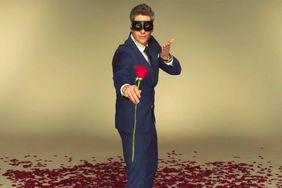 Arie Luyendyk Jr. Is Okay Being Called the 'Old' Bachelor: 'I'm Older and Wiser — and Grayer'