Courteney Cox isn’t letting her breakup get her down.

On Wednesday, the actress – who recently ended her engagement to Johnny McDaid – dined at new restaurant ROKU Sunset in West Hollywood with her daughter Coco and a pal.

Feasting on grilled chicken, filet, rice and sipping on wine, the star “was in the best mood ever with her daughter and catching up with her friend,” says an onlooker.

The trio – who joined a group of four at one of the restaurant’s grill tables – were entertained by the chef’s cooking tricks.

“There were lots of laughs all around,” says the onlooker. “It was an upbeat night.”

The Cougar Town actress and the Snow Patrol guitarist had been “having problems for a long time,” a source told PEOPLE about the split. 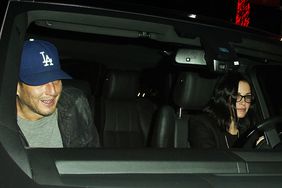 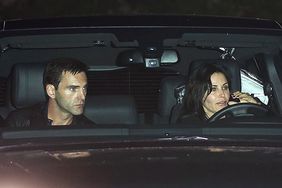 Inside Courteney Cox's Engagement Joy: Friends Are 'All Over the Moon'