"The government has made it clear that they are going to keep increasing pressure on both Lori and Mossimo," says former federal prosecutor Neama Rahmani

According to former federal prosecutor Neama Rahmani, “At a minimum the daughters will be witnesses in a trial against their parents, but they could also be charged as defendants.”

“The government has made it clear that they are going to keep increasing pressure on both Lori and Mossimo,” says Rahmani. “By not pleading, Lori and Mossimo are exposing their children to being charged.”

But a Loughlin source disagrees: “If Lori had any indication that the girls were at risk, she’d want to plead guilty — even though she believes that she did nothing wrong. She is not going to let them spend time in jail for something that they didn’t do. Lori is a fantastic mother who would take the fall for the girls even if it cost her everything.”

The U.S. Department of Justice said in a press release on Oct. 22 that Loughlin, 55, Giannulli, 56, and nine other defendants “conspired to commit federal program bribery by bribing employees of the University of Southern California (USC) to facilitate their children’s admission.” They have been charged with one count each of conspiracy to commit federal programs bribery.

“It just gets worse and worse for her,” the source explains. “And you have to remember: nothing new has happened. They could have charged her with all of this last spring. But they waited. She feels like she is a scapegoat.”

Contrary to Rahmani’s stance that Loughlin’s daughters are at risk of being charged, legal expert James J. Leonard Jr. says the probability is zero.

“I see absolutely no scenario where the Department of Justice would charge either of the daughters,” says Leonard. “That would be absolute overkill and is contrary to the interest of justice.” 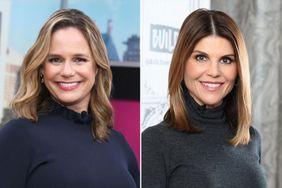