From his infamous sex tape with an underage girl to his many failed television series and film bombs, nothing was off-limit for the roasters

When it comes to roasting Rob Lowe, his peers aren’t holding back.

The actor is the latest victim of a Comedy Central Roast, joining an exclusive club that includes Justin Bieber, Donald Trump and Charlie Sheen.

From his infamous sex tape with an underage girl to his many failed television series and film bombs, nothing from Lowe’s past was off-limit for the roasters, which included Peyton Manning, Jewel, Karate Kid actor Ralph Macchio,Pete Davidson and roastmaster David Spade.

The roast doesn’t air until Monday on Comedy Central, but here are some of the event’s best jokes to look forward to on the big night.

“For years Rob Lowe had a sex addiction. But he cured by getting less famous.” – David Spade

“It’s not easy being Rob. He said being so handsome made it difficult for him to find meaningful roles. I wanted to ask Brad Pitt about that, but he was too busy acting in meaningful roles.” – David Spade

“Rob came up at a time when a sex tape could really ruin your career. But Rob had to do it the hard way: with his acting.” – David Spade

“Let’s give it up for Rob Lowe, or as gonorrhea doctors call him, Patient Zero.” – Pete Davidson

“I was fired from the show for not sucking his face, where Rob was fired for just sucking.” – Jewel

“Years later Rob wrote in his memoir that I was the only girl in history who did not want to kiss Rob Lowe…Rob I know you always wondered why I didn’t want to kiss you that day, so tonight I will tell you why in song.” – Jewel

To the tune of “You Were Meant for Me”“Rob was so shocked/ On the Lyon’s Den/ When I did not/ Want to kiss him/ You see, the problem, Rob, is you’re such a w—e/ You completely forgot/ We hooked up before.” – Jewel

“In the ’80s Rob was a member of the Brat Pack. Or as they’re now collectively known, the C-List.” – Jimmy Carr

“The truth is, Rob, roasting you wasn’t easy. I mean, what can I really say about you that hasn’t already been said in court by three nannies, a chef and an underage girl from Atlanta?” – Jeffrey Ross 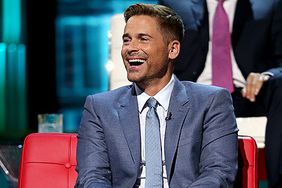 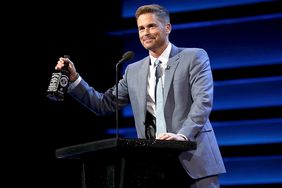 Rob Lowe on After His Comedy Central Roast: 'I'm Just Glad There's Something Left of Me'