Colton Underwood met the 30 women vying for his heart during the season 23 Bachelor premiere — and one contestant made a very memorable (and slow) entrance.

During the arrivals episode on Monday evening, Underwood, 26, stood in front of the iconic Bachelor mansion and greeted each of the women as they exited the limousines and introduced themselves. After an array of women, all wearing evening gowns, attempted to make positive first impressions on Underwood, a contestant in costume made her entrance.

Audiences watched as a woman wearing a head-to-toe sloth costume exited the limo and slowly walked to Underwood, who she continued to interact in character with.

Although viewers — and Underwood — were hoping that sloth girl would introduce her real self, it wasn’t until later in the episode, during the cocktail party, that she revealed her identity.

After asking Underwood in a slow voice, “Can you hold this?” as she handed him her drink, she took off her costume, unveiling her gown, and introduced herself.

“My name’s Alex,” 23-year-old Alex Dillon, an account manager from Boston, Massachusetts, shared. Additionally she told him, “I love all animals.”

While Bachelor Nation watched the entrance and later introduction during the three-hour premiere, they shared their hilarious reactions on Twitter — including Underwood!

“I admire the sloth. She’s still in full costume. #TheBachelor,” wrote one user.

“If sloth woman doesn’t win #TheBachelor we all know this show was rigged,” said another.

“We’re 2 hours, 2 proposals, 1 kiss and 527363 virginity jokes in and we STILL don’t know what this sloth girl looks like #TheBachelor,” tweeted a fan.

“The most suspenseful part of the #Bachelor is waiting to see the sloth’s face!” another user wrote.

Added another, “Y’all know the girl in the sloth costume is sweaty AF right now. #TheBachelor.”

Although her entrance was amusing, Underwood didn’t offer her a rose at the end of the night — and she was sent home along with fellow contestants Jane, Devin, Tahzjuan, Erin and Revian.

Prior to being named the leading man of The Bachelor, the former professional football player vied for love on Becca Kufrin’s season of The Bachelorette; following their breakup, he headed to Bachelor in Paradise where he reconciled, then split up from, his on and off again girlfriend Tia Booth.

Though he didn’t find lasting romance on Paradise, Underwood told PEOPLE he did learn a valuable lesson.

“Throughout my football career, I’ve always been somebody who’s been very aware and I know when the camera is on me and I know how to be polished,” Underwood admitted ahead of his premiere episode. “I can see how that might come off as disingenuous. So for the first time, it was like this is really me.”

Now, Underwood said viewers will see this no-holds-barred Colton on the show.

“I’m undeniably myself, and I think realizing that is the way to live life,” he said. “I may be goofy, I may be corny and I may be cheesy, but I’m me.” 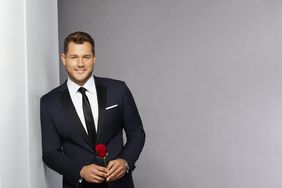 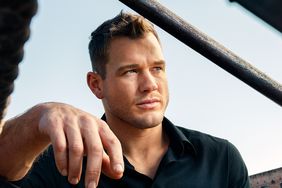