Just six months after their wedding, things are not looking good for Colton Haynes and Jeff Leatham.

Though their most recent public appearance together was on March 13, the couple began showing signs of trouble Friday, when the Arrow actor deleted several photos from his Instagram account depicting the two of them together. The most recent shot of the pair is dated Jan. 21 and was posted to celebrate the anniversary of the day they met. Further, Haynes has dropped the word “husband” from his Instagram profile, as well as his hyphenated married name, “Haynes-Leatham.”

Reps for the pair have not yet responded to PEOPLE’s request for comment.

On Thursday, Haynes released an acoustic recording of a song he wrote, called “Man It Sucks.” “Man it sucks that I’m even wasting time writing this song but you hurt me so damn bad, it’s the only way that I can move on,” he sings. The track also refers to “cheating drama” and “staying up all night with a bottle of wine, drunk with lonely tears.”

Four Seasons artistic director Leatham’s Instagram continues to list his name as Jeff Haynes-Leatham, and the most recent entry about his husband is dated March 24. The post is a video of Haynes dancing with his mother Dana Mitchell, who died March 23 due to advanced cirrhosis of the liver.

Haynes publicly came out as gay in early 2016 and first revealed he was dating Leatham on Valentine’s Day 2017. Using a personalized video message from Cher, Leatham proposed a month later while on vacation in Cabo San Lucas, Mexico.

“It’s just amazing when you find someone who kind of teaches you to love yourself more,” Haynes told PEOPLE at the time of the wedding. “The really great thing about being with Jeff is that since we got together my relationships with my friends have gotten better, my family relationships have gotten better. When you learn to really love someone, it’s completely life-changing. Now we have this beautiful life together and this epic journey ahead.”

“Love at first sight really does exist,” Leatham told PEOPLE, reflecting on how he and Haynes met. “A lot of people protect their hearts but you have to keep your heart and your mind open. That’s how you truly find love in life. Colton has been such an inspiration to me. We couldn’t be more different but our love is the same and I think that’s the strongest part of our relationship.”

Haynes has been open about his decades-long battle with anxiety and depression. 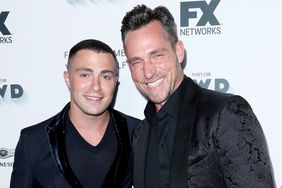 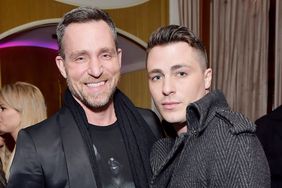 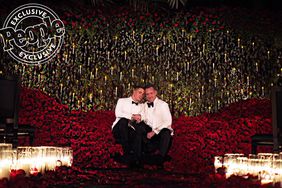 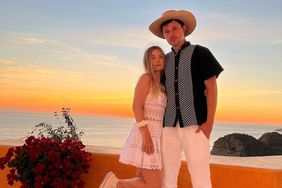