Kate previously told PEOPLE Collin, 12, has "special needs" and is enrolled in a program away from home

Kate Gosselin‘s son Collin made a surprise appearance on the season finale of Kate Plus 8 this week.

Collin, 12, has been enrolled in a program away from home to help him reach his full potential and was absent from the recent season of the reality show, which chronicles Kate’s life at home with her 16-year-old twins Mady and Cara and 12-year-old sextuplets. However, Collin appeared on Tuesday’s episode in a family game night scene, as well as a joint interview with his two brothers Joel and Aaden.

For the most part, Collin remained relatively quiet, allowing his siblings to do most of the talking, though still engaging in the game trivia.

Fans have been speculating about Collin’s appearance, and now, a source confirms to PEOPLE the scene was filmed before he was enrolled in the program.

“The reason he was on the show is that it was shot before he went away,” says the insider, “and sometimes footage airs out of order.”

In August 2016, Kate, 41, exclusively opened up to PEOPLE about how she came to the decision to enroll Collin in the program, which she said “is helping him learn the skills he needs to be the best him he can be.”

In November, Kate told PEOPLE the program is helping Collin get “precisely what he needs.” 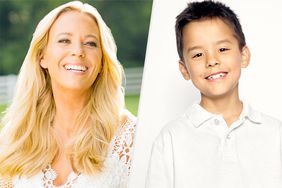 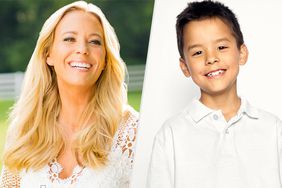