Colin Hanks is remembering Luke Perry — not as the actor we all know, but as a man who humbly and privately helped others.

On Monday, after news broke that Perry had died, Hanks, 41, shared a touching tribute to the 90210 and Riverdale star.

“I only met him once, but the story is too good not [to] tell given today’s sad events,” Hanks began.

“My wife and I are on a plane back from Mexico. Couple of rows ahead of us, these two brothers, young kids, are beating the hell out of each other. Their poor parents are powerless to stop the crying, yelling and screaming.”

“If you’re a parent you understand. Sometimes there’s nothing you can do. It was like this for close to two hours.”

Hanks went on to explain that the crying reached a climax as the plane was just about to land and that’s when Perry appeared.

“10 minutes before landing it starts to get real bad. Out of nowhere, a man comes from first class. Hat, beard, sunglasses, blowing up a balloon. He ties it off, hands it off like he’s holding out a sword to a king.”

“Kneeling, head down, arms up. Kids calm down in milliseconds. Plane damn near bursts into applause. 14 minutes longer and it probably would have started WWIII, but we landed before that could happen.”

“We got off the plane, are waiting on [sic] line in customs. Finally get a good look at the guy and I say to my wife ‘Holy s—. I think that balloon man/hero is Luke Perry.”

“As luck would have it we end up standing next to each other. Out of the blue he turns to me and says some kind words about Fargo, which kind blew my mind,” Hanks said of his television series.

“I started singing his praises about how long I’ve admired him and also about the move with the ballon. ‘That’s a pro move! You can’t teach that!’ I say. He tells me he always flies with a couple of balloons for that reason, to give to screaming kids. Don’t know if that’s true, but have no reason to believe it wasn’t. Guy seemed like a true gent. Gone way too damn soon. Also, I gotta start traveling with some spare balloons,” Hanks concluded.

It’s no surprise that Perry was so great with the crying children as he was a doting father himself.

Perry was a proud dad to son Jack, 21, and daughter, Sophie 18, who he parented with ex-wife Rachel “Minnie” Sharp.

Luke Perry’s Daughter Rushed Back from Africa When He Had a Stroke: Source

“Luke was a super great, very hands-on dad,” a source tells PEOPLE. “He was always attending his kids’ school and after-school functions when they were younger. He loved just hanging out with them and being present. He was so proud of everything they accomplished.”

Perry was hospitalized after suffering a stroke on Feb. 27. A source tells PEOPLE he never regained consciousness.

The actor remained “under observation” for five days but died on Monday, March 4. He was 52.

Perry’s former 90210 co-star Shannen Doherty also spoke on his death and his immense love for his children.

“I am in shock. Heartbroken. Devastated by the loss of my friend. I have so many memories with Luke that make me smile and that are forever imprinted on my heart and mind,” Doherty, 47, exclusively told PEOPLE.

Tori Spelling Says She’s ‘in Utter Shock’ Over Luke Perry’s Death: ‘He Truly Was Family to Me’

“Luke loved his family. He raved about his kids and how proud he was of them. He showed me videos of the often,” says Doherty. “They were his heart and for him, his biggest accomplishment.”

Even in death, Perry’s dedication to helping others remains. In lieu of flowers, the Perry family ask that donations be made to Fight Colorectal Cancer and St. Jude’s Children’s Hospital. 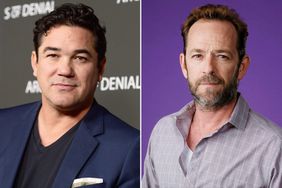 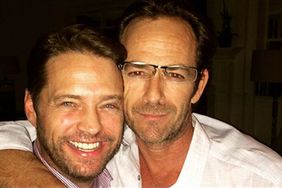 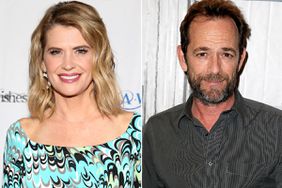 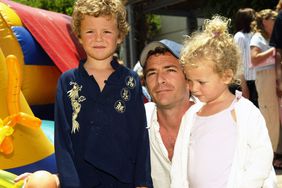