Clare Crawley and Dale Moss Open Up About Facing Backlash After Engagement: 'We're an Easy Target'

"I get that everybody might not do what I did, or agree with what I'm doing, but at the end of the day, this is all for love," Clare Crawley said about her engagement to Dale Moss

Clare Crawley is opening up about the backlash she’s received amid her Bachelorette season, which featured her breaking up with her remaining suitors to pursue a future with now-fiancé Dale Moss.

Crawley, 39, and Moss, 32, appeared on the Bachelor Happy Hour podcast with former Bachelorettes Rachel Lindsay and Becca Kufrin on Friday, when the engaged couple discussed their whirlwind relationship and how they’ve handled the hate from critics.

“I really get that I am not for everybody, I get that everybody might not do what I did or agree with what I’m doing, but at the end of the day, this is all for love,” Crawley said, noting that you can’t predict “love at first sight.”

Though Crawley’s early exit from The Bachelorette — and being replaced by Tayshia Adams — has been rumored for months, Thursday’s episode of the ABC series finally showed what fans had been waiting for. Crawley had her first official date with Moss, following which she broke it off with the remaining 16 contestants in order to pursue a relationship with her now husband-to-be.

The California native said that although she has “a thick skin,” she couldn’t fully comprehend “all the negativity” that has come her and Moss’ way because of the way the season unfolded.

“How people can take that any other way than something that's beautiful?” she questioned, adding that she has tried to “rationalize all the hate” because there are “a lot of high stress things going on,” including the coronavirus pandemic and the presidential election.

“We’re an easy target,” Crawley added. “It's easy to just spew your hate on something from the inside to get it out.”

Moss also opened up about how he felt about Crawley from the moment he stepped out of the limousine on night one, sharing that their connection was “powerful.”

“I honestly just felt safe and secure and I just trusted her. I couldn't put my finger on it right away, but I just knew that she had me,” he said. “I just felt unbelievably comfortable sharing and opening up to her.”

He continued, “I remember before I got there, I was riding with my dad and I was like ‘You think she’s gonna like me?’ and he’s like, ‘When your souls connect, there’s nothing that will keep you apart if it's meant to happen.’ And that's exactly what happened on the first night — it was powerful.”

Later, Kufrin asked him about when he knew “he had it in the bag.” Though Crawley teased him about his confidence, Moss shared that he was sure they would be together after the couple had a bit of alone time after the first group date.

RELATED VIDEO: The Bachelorette's Clare Crawley Opens Up About Engagement to Dale Moss: "This Is the Happiest Time of My Life"

“She’s gotta be feeling what I'm feeling,” he remembered thinking. “I was just like, there’s no way that it's not me.”

During their one-on-one date, Crawley admitted that she was “so nervous” about telling Moss she loved him for the first time, but added that afterwards she thought, “It cannot get better than this.”

As for their whirlwind engagement, both Crawley and Moss said they were completely confident when her ring was rushed to the La Quinta Resort & Club and he popped the question.

“That portion was not nerve-racking for me,” Moss said. “I felt so calm and so confident, and I knew exactly what I was going to say because I’ve run through that so many times.” 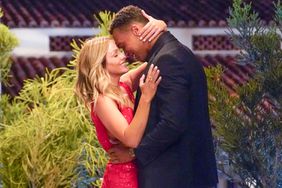 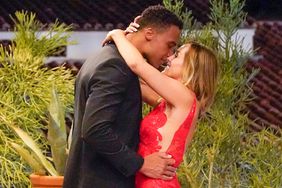 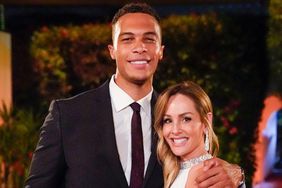