The couple is currently house hunting in Sacramento, California

Clare Crawley and Dale Moss are showing off their dance moves!

On Monday, the couple attempted the popular TikTok dance to the late Pop Smoke's "What You Know Bout Love," with the help of Crawley's fur-baby, Elby.

In the video, Moss, 32, can be seen holding the white pup in his arm as he does the dance next to Crawley, who joyfully leans in to give her pooch a kiss before the dance begins. The video also appears to feature Crawley's nephew, as she captioned the post, "Attempting to become the cool aunt + uncle 😂."

In addition to Elby, Crawley, 39, is a dog-mom to her golden retriever, Honey, who didn't make a cameo in the video this time around.

Speaking to PEOPLE earlier this month about their life since The Bachelorette, Crawley said she's the "happiest" she has ever been.

"Everything since the show has been reaffirming of why I chose Dale," Crawley told PEOPLE at the time. "He's even better off camera, in person, one on one at home. Dale is the yin to my yang. And this is the happiest I've ever been."

Currently, the Bachelorette star and her fiancé are house hunting in Sacramento, California, so that Crawley can be close to her mother, who is living with dementia.

"With my mom being sick, it's important for me to be here and Dale understands and respects that," said Crawley. "He told me, wherever we are, that's home. So for now, that's what we'll do."

While their engagement is an exciting new chapter in their lives, they have been faced with naysayers, criticizing the fact that they got engaged after two weeks. But Moss told PEOPLE that they've learned to ignore the negativity.

"For me personally, there is no explanation needed," said Moss. "I've never been afraid of commitment. And when I met Clare, I knew I was all in. She lights a fire in me that I was missing for so long."

Crawley added, "It may be fast for some people, and that's okay. But for us, it's working." 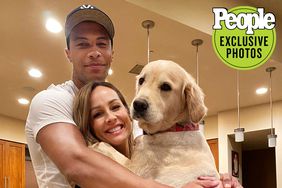 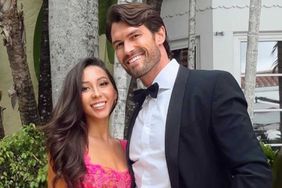