The couple tied the knot on Saturday, her rep confirms to PEOPLE exclusively

The actress and singer married her longtime boyfriend and fellow musician, Brandon Robert Young, at the Cedar Hill Refuge in Nashville, Tennessee, on Saturday, her rep confirms to PEOPLE exclusively. They were married by John Carter Cash, a dear friend of both the bride and groom.

“Sign of a real good party. Danced so much, my slipper blew a sparkly,” Bowen, 33, Tweeted Monday evening.

The Australian native donned a white gown — designed by the actress and Olia Zavozina — for her nuptials and cataloged the weekend on Instagram, snapping some sweet moments before the ceremony, including stunning sunrise views on the day she tied the knot.

“Watching the sunrise. Wearing the blanket I was wrapped in when I was born around my shoulders. Gonna go marry my soulmate now. #foreverbowenyoung,” Bowen captioned a photo shared early Saturday morning.

Young first popped the question in December 2015 onstage at The Grand Ole Opry in Nashville, but their wedding plans were delayed after Bowen’s brother was diagnosed with cancer.

Speaking with Entertainment Tonight back in January about her brother’s diagnosis and her wedding plans, she said, “We got engaged and then my brother got sick, so we dropped everything. Everything stopped and we went to Australia to help him. Now, Tim is in remission [and] we’re just able to start planning, and it’s going like wildfire.”

Bowen admitted that she never thought of herself as the marrying type — until she met Young.

“I had never wanted to get married before Brandon, which I kind of love,” Bowen told ET. “We’re picking flowers and I’m designing dresses. … It’s so beautiful. It’s so much fun. I had no idea because I didn’t have any dreams about it before him.” 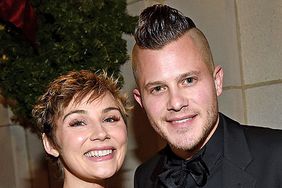 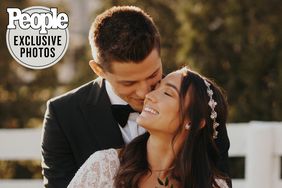 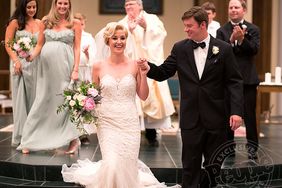 Maggie Rose Ties the Knot in Maryland: 'I Couldn't Have Imagined a More Perfect Day' 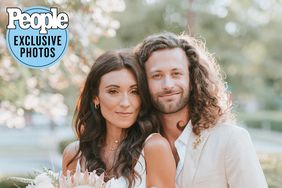