Who knew Chrissy Teigen has such school spirit?

The Bring the Funny host, 34, opened up about her time as a high school cheerleader on Tuesday, sharing a throwback photo of her posing with her pom-poms on her Instagram.

According to the star, she felt like taking a stroll down memory lane after watching Netflix’s Cheer, a documentary series that profiles the cheerleaders at Navarro College in Corsicana, Texas.

“watching cheer on Netflix got me reminiscing about how i sucked at cheerleading almost as much as I sucked at doing my brows,” she captioned the picture, which appears to be taken during Teigen’s time as a student at Snohomish High School in Washington. “Truly no idea how I made this team.”

She continued, “The best part is they claimed there was no JV/varsity but one squad got to cheer for basketball and football and the other (mine) got volleyball and wrestling.”

Not only was the nostalgic shot a blast from the past for Teigen, but it also got other celebrities reminiscing about their cheerleading days.

“I only signed up to be a cheerleader for the snacks at practices ??‍♀️” model Tess Holliday shared in the comments. “at least our eyebrows have come a longggg way & are the real MVP’s here ?”

“Soooooo who was the team braider??” Gabrielle Union — who starred in the iconic cheerleading movie, Bring It On — commented, referring to the braids seen on one of Teigen’s classmates.

Teigen previously touched on being a cheerleader in 2017 when she visited her old high school in her hometown of Snohomish, Wash. While touring the premises with husband John Legend, the Cravings author shared a photo of her former team on Instagram.

“Go ladies!” she wrote alongside the yearbook picture.

Though Teigen may no longer be a cheerleader, she is still very much looking forward to the upcoming Super Bowl.

The mom-of-two tested some new recipes for her food blog Friday, sharing a video of son Miles Theodore, 1, sampling her culinary creations on Instagram.

“Miles, do you like it?” Teigen asked the toddler, who looked off into the distance for a long pause and appeared to be holding a snack similar to pigs in a blanket.

36 Celebs You Won’t Recognize from Their Yearbook Photos

Teigen — who has authored two cookbooks and is working on a children’s cookbook — launched her Cravings website in November as a place for “a true community of people that love Cravings, love the cookbooks, love the cookware, just a place where you could see everything that is our family.” 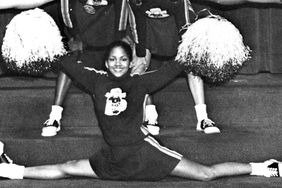 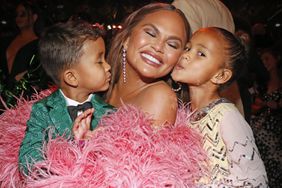 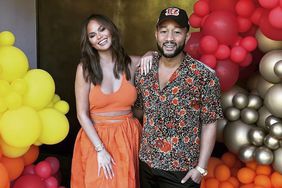 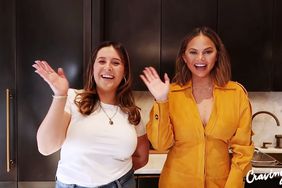