Chrissy Teigen‘s parents’ divorce will be final this spring.

The marriage between Ron Teigen and Vilailuck “Pepper” Teigen will be officially over on May 14, 2020, divorce judgment documents obtained by PEOPLE reveal.

The documents show that Ron and Vilailuck were married on May 10, 1983 and lists the date of their separation as January 1, 2017, due to “irreconcilable differences.”

Both Ron and Vilailuck waived their right to spousal support.

News of the couple’s legal split broke in November, and PEOPLE confirmed at the time that Ron filed for divorce from Vilailuck. In addition to Chrissy, the pair share another daughter, Tina.

Chrissy previously told PEOPLE that her parents had lived apart long before the divorce filing.

“Mom is over so much that she lives with us basically and they’ve had this kind of relationship for a long time,” she said in 2018. “And my dad comes to the house every other day or so, he was just over yesterday.”

The 34-year-old model hasn’t publicly addressed her parents’ divorce, but told Vanity Fair reporter Karen Valby that she tried to joke with her parents about the bright side of the divorce, saying, “Two Christmases!”

“A marriage that was long more of a friendship is coming to an end. Life goes on,” Valby said on Twitter.

Vilailuck makes routine appearances on the Bring the Funny host’s social media, and frequently joins her daughter, son-in-law John Legend, and grandkids Luna Simone and Miles Theodore on their travels.

In December, Chrissy wished her mom a happy birthday with an Instagram post, writing, “HBD @PEPPERTHAI2!!” alongside a photo of Vilailuck posing with a cake that looked like a large bowl of noodles. 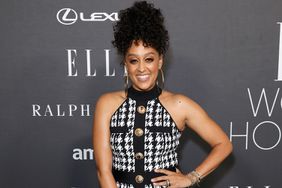 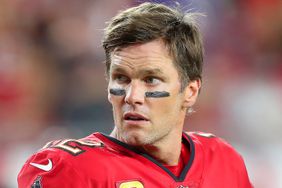 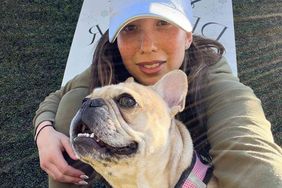 Cheryl Burke Thanks Her Dog for 'Keeping Me Going' amid Sobriety Journey: 'Full-Blown Dog Mom'