Chrissy Teigen‘s parents are getting a divorce.

Chrissy has yet to speak out publicly regarding her parents’ split and a rep for the Bring the Funny star did not immediately respond to PEOPLE’s request for comment.

The reason for their split remains unclear at this time.

In October of last year, Chrissy opened up to PEOPLE about her parents’ relationship, explaining that her mom lives with her and husband John Legend.

“Mom is over so much that she lives with us basically and they’ve had this kind of relationship for a long time. And my dad comes to the house every other day or so, he was just over yesterday,” she said.

The bond Chrissy shares with her parents is evident as Vilailuck constantly appears on the star’s Instagram doting on and cooking for Legend and their two children Luna Simone, 3, and Miles Theodore, 1. She even travels with them too!

In September, Vilailuck, who officially became a U.S. citizen in 2018, jetted off to Thailand (her home country) with Chrissy, Legend, 40, and their kids.

Chrissy often documents their heartwarming and hilarious mother-daughter-moments, including a time the pair worked out while drinking rosé.

In July, Chrissy and Vilailuck hit up her home gym (which she admitted was rare) and the pair said they’re getting ready for the fall season.

However, one of Chrissy’s most adorable family moments is perhaps when Ron won father of the year in December 2018 by getting a tattoo of Chrissy’s face on his left bicep.

“MY DAD GOT A TATTOO OF ME FOR MY BIRTHDAY,” Teigen captioned the Instagram post of her father inside the tattoo parlor posing with legendary tattoo artist Mark Mahoney.

In October of this year, Chrissy followed in her dad’s footsteps and got a new tattoo inspired by her family, making her a “cool mom.”

“Cool mom back at it again with @winterstone!!!!” Teigen wrote alongside a series of photos on Instagram, which show her getting the tattoo of the dates of her Ron, Vilailuck, Legend and Luna and Mile’s birthdays in black ink. 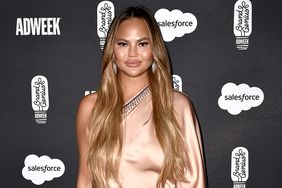 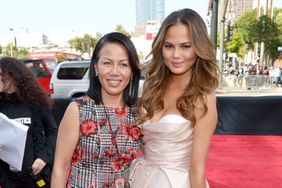 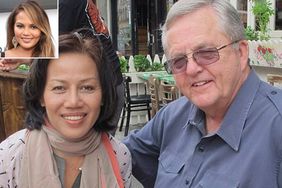