Chris Hemsworth: I Learned to Be Sexy from Matt Damon

The Avengers star phoned in to Jimmy Kimmel Live! for the big reveal

See 26 bonus photos of Chris Hemsworth! Subscribe now to get instant access to our exclusive interview and photo shoot with the Sexiest Man Alive plus 26 bonus photos and other digital extras.

“I learned everything there is about being sexy from Matt,” the Avengers star, 31, joked on Tuesday’s Jimmy Kimmel Live!, riling the host with talk of Kimmel’s (faux) nemesis.

Hemsworth, who phoned into the show via Skype for the big reveal, went on to thank his predecessors.

“Thank you Matt and all the other previous intelligent men,” he said.

Prior to the announcement, Kimmel had the studio audience make guesses at this year’s SMA by playing 20 Questions with a hidden Hemsworth.

The host added that the audience member who guessed correctly would get to “make love” to the Sexiest Man Alive.

But what about Hemsworth’s equally sexy brother, Liam Hemsworth? Is he jealous about his sibling’s new title?

“He’s been a real team player for this one,” said Chris. “We’ve been throwing sexy looks back and forth all week.”

Finally, the actor had one other thank you to deliver: “My parents, I guess, for putting this together,” he said, gesturing to his body.

For more of our exclusive interview and photo shoot with Hemsworth, including his thoughts on being romantic and raising kids, pick up the newest issue of PEOPLE, on newsstands Friday 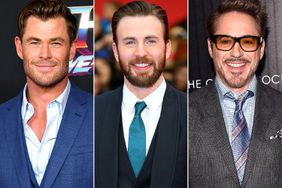 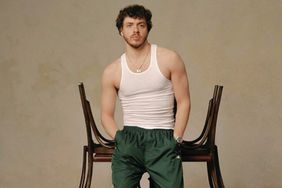 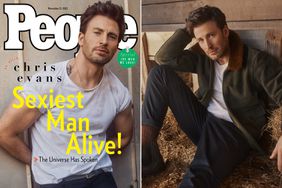 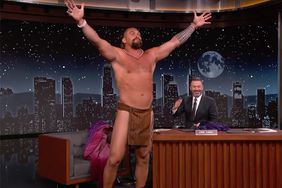 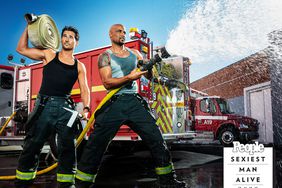 Sexiest Man Alive Chris Evans 'Absolutely' Wants to Settle Down and Have a Family: 'I Love Love' 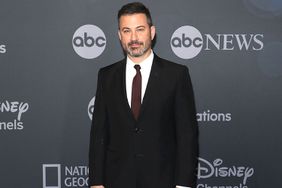 Jimmy Kimmel to Host 95th Oscars: 'Everyone Good Said No'