On Tuesday, Harrison, 48, shared a photo of the current BiP cast on Instagram, and jokingly threw some shade at two of the ABC series’ cast members.

“True story I broke 3 ribs sliding into this photo between the biceps of Clay and that guy to my left (not really sure who that is???),” Harrison began his post, poking fun at Chicago native Kevin Fortenberry.

Fortenberry, 27, first joined the ABC franchise during Hannah Brown‘s season of The Bachelorette this year. He was eliminated during week 5 of the competition.

But Harrison didn’t stop there. He made another light-hearted dig at contestant Jane Averbukh, who was eliminated during last night’s episode after failing to couple up with any of the men.

“While we’re at it who’s the woman in yellow in the middle? Definitely need a cheat sheet @bachelorinparadise#BIP,” the host joked of Averbukh.

The social worker, 26, also made an early departure during Colton Underwood‘s season of The Bachelor, where she was sent home the first week.

A number of contestants from this season of Paradise commented on Harrison’s post, including Chris Bukowski and Nicole Lovar.

Sydney Lotuaco, who also stars on the current season, commented, “Shots fired,” with a laughing emoji.

Last night’s episode of Paradise marked the first rose ceremony, which sent home Averbukh, Bibiana Julian and Annaliese Puccini. After the remaining couples continued to mingle, the Blake Horstmann drama continued, with a few new men added to the mix.

Hannah Godwin found herself as the popular girl in Mexico when Jordan Kimball from Becca Kufrin’s season of The Bachelorette arrived on the beach, and interrupted her early connections with Horstmann, 24, and Dylan Barbour, also 24.

Armed with a date card, Kimball pulled aside Godwin, Lovar and Kristina Schulman, and quickly learned about the mess that Horstmann created. But Kimball didn’t let his No. 1 choice and Godwin’s involvement with two other men stop him from asking her on a date.

However, Godwin — despite initially agreeing — turned down a date with Kimball, telling the male model, “I can’t date three people.”

Mike Johnson from Hannah Brown’s recent season of The Bachelorette also arrived in Mexico, and ended up choosing Caelynn Miller-Keyes, 23, for a one-on-one date that evening.

Miller-Keyes felt strongly for Johnson right off the bat and put the Horstmann situation from last week firmly in the past.

“Mike makes me giddy,” she said. “Mike makes me smile and I have not felt this giddy and this happy in Paradise. I expected him to be great, but he’s even exceeded those expectations.”

Back on the sand, Godwin found herself still caught up in Horstmann’s tangled web of love. He asked her to talk and told Godwin that he was “all in” on their relationship. “I wouldn’t be saying the things I’m saying unless I see something past paradise,” he insisted.

Bachelor in Paradise: Dylan Questions Whether Blake and Hannah Dated Before the Show

The two kissed and danced by the ocean — using some of the moves Horstmann’s former flings claimed he once pulled with them — which prompted Barbour to intervene. However, Horstmann was not willing to give up his time with Godwin.

“That dude is a psycho,” Barbour said under his breath of Horstmann.

Godwin’s choice to stay with Horstmann disenchanted their castmates and left Barbour wondering if she’d been “upfront” with him from the start. “Did they date before this or something?” he questioned of Godwin and Horstmann. 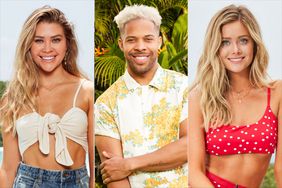 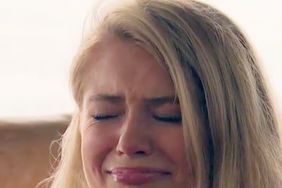 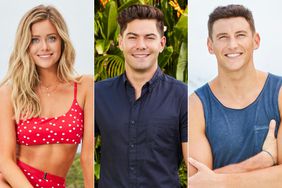 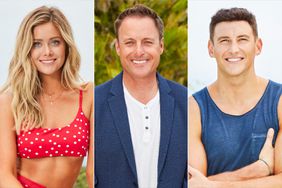 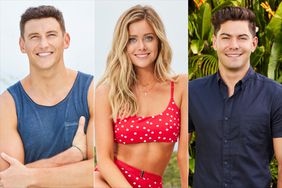 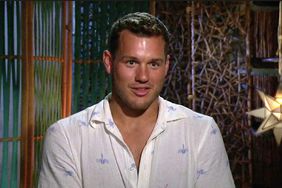 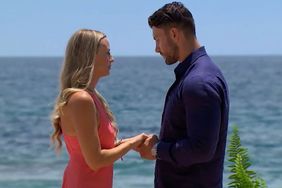 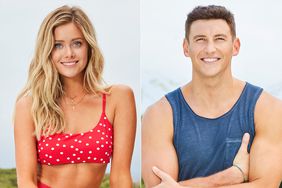