After weeks of rehearsals, it’s becoming clear: Katie Holmes has to know she can dance. “She’s really blossoming into a gorgeous triple-threat star,” says choreographer Mia Michaels of the actress’s moves for the 100th episode of So You Think You Can Dance. “So, I’m excited. I saw clips of it and it’s brilliant!”

When Holmes, 30, channels Judy Garland on July 23, it’ll be for a good cause. The actress’s song-and-dance number on Fox’s hit show will aid a nonprofit she helped found, The Dizzy Feet Foundation, which provides scholarships and other assistance to young dancers.

As fans of the show, Holmes and her daughter Suri often attended dress rehearsals, so she seemed like the perfect choice to help start the organization, says Nigel Lythgoe, another co-founder and executive producer of So You Think You Can Dance, who was hooked up with Holmes through the show’s other choreographer, Tyce Diorio.

“I called Tyce up and I said, ‘How would Katie feel about doing something on the show that would bring notoriety to a foundation?'” Lythgoe tells PEOPLE. “And he spoke to her, we then got together and Tyce, I and Katie met and discussed the whole thing, and I realized that she was so passionate about the project and I invited her to be a founding member of the whole foundation!”

As well as Holmes, director Adam Shankman and Dancing with the Stars judge Carrie Ann Inaba are founding members. The celebrity steering committee includes Paula Abdul, Jennifer Lopez and Miley Cyrus, who will give out 10 scholarships around the country. Says Lythgoe: “We’ve got lots of very high ambitions.” – Jed Dreben 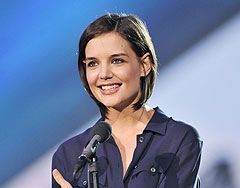 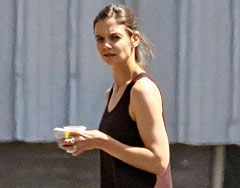 Does Katie Holmes Think She Can Dance? 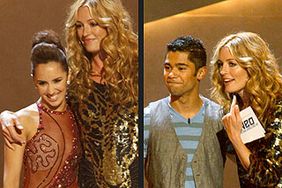 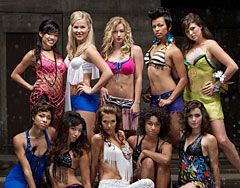 'So You Think You Can Dance' Reveals Top 20! 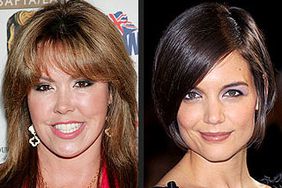