"I fully fainted," the comedian joked of her interaction with Timothée Chalamet

Saturday Night Live star Chloe Fineman recently came face-to-face with one of the subjects of her comedic impressions.

During an appearance on The Tonight Show Tuesday evening, Fineman recalled running into Timothée Chalamet during last week's SNL after host Jimmy Fallon asked if the Call Me By Your Name star had seen her impressions of him.

"That's always really scary," she said of people she impersonates seeing her skits. "Especially now that things are on SNL and people might actually see stuff, and I never want to be mean."

"But [Chalamet] was at the show on Saturday secretly, undercover with a hat and a mask — as you should be in a mask — and he was like, 'We should figure something out,'" she recalled, of course then launching into her hilarious impression of the 24-year-old actor.

"I fainted, I fully fainted," she concluded.

On The Tonight Show, Fallon also tasked Fineman with showing off her impression skills, asking her to read the classic holiday poem 'Twas the Night Before Christmas while taking on the personas of various celebrities and public figures.

SNL's Chloe Fineman Gets 'Married' on Instagram Live Thanks to Coronavirus

The spot-on impressions included Chalamet, Meryl Streep, Drew Barrymore, Reese Witherspoon, Margaret Thatcher and Nicole Kidman, for whom she aptly turned her scarf into a shawl.

Barrymore, whom Fineman has impersonated during previous SNL skits, recently told the comedian that she hopes the late-night sketch series continues to parody The Drew Barrymore Show.

"I hope you'll keep doing this on the show. You're my holy moley oley for life and I'm so thrilled you're here and I'm shaking with excitement," she told Fineman during an October interview on her talk show. "Thank you for honoring us with your presence here." 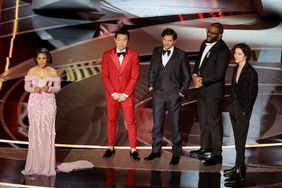 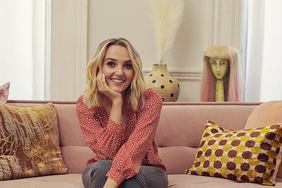 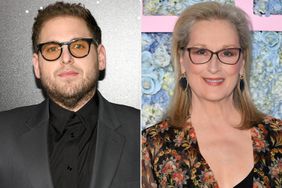 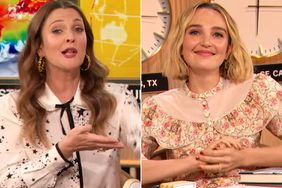 Drew Barrymore Tells Chloe Fineman She Hopes She'll Keep Impersonating Her on 'SNL' : 'So Much Joy' 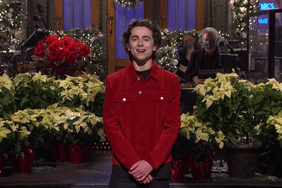