Cheryl Burke is taking a much-needed break from social media.

The Dancing with the Stars pro announced Tuesday that she is “dealing with some personal things right now” and will be stepping away from social media for an indefinite period of time.

“I’m dealing with some personal things right now and need to take a break from social media,” wrote Burke, 33.

She also encouraged her followers to show those near and dear to them that they love them.

“Thanks for your understanding,” she continued, “and remember to tell the people who are important to you just how much you love them each and everyday. Xoxo Cheryl.”

Last year, the longtime DWTS cast member joined the Lifetime reality show Dance Moms, taking over for original star Abby Lee Miller after she walked off set just weeks before being sentenced to a year in prison following her bankruptcy fraud trial.

“I’d had a meeting with one of the executives, and I got a call a few days later from my manager saying, ‘Abby walked off set, and they’d love for you to take her place.’ I was just thrown into it,” Burke told PEOPLE.

“The girls told me they were traumatized by Abby,” said Burke, who made her Dance Moms debut on Oct. 17. “I’m strict, but I don’t yell. I want to make sure they don’t lose their love of dance.”

WATCH: Cheryl Burke on Reuniting With Ex Matthew Lawrence: I See Myself ‘Spending the Rest of My Life’ with Him

In addition to professional changes, 2017 also brought about new beginnings for Burke in her personal life: She rekindled her romance with ex-boyfriend Matthew Lawrence.

“If I had any regret in life, it was the end of our relationship,” she said of the time she spent dating the actor in the mid-2000s.

“He’s such a great guy. He’s so normal, considering we’re in this crazy business,” she said of Lawrence. “It’s so nice to be able to come home to him and turn Netflix on and order Postmates. He’s someone I definitely do see spending the rest of my life with.” 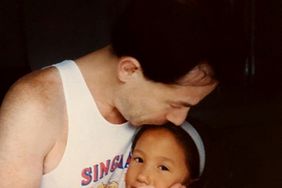 'I Miss You So Much': Cheryl Burke Breaks Social Media Hiatus to Mourn Death of Her Father 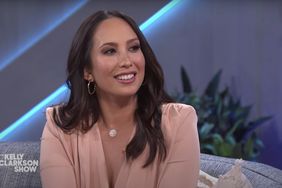