The Dancing with the Stars pro and Boy Meets World actor married on Thursday evening at the Fairmont Grand del Mar in San Diego, California

Dancing with the Stars’ Cheryl Burke and actor Matthew Lawrence are officially married, and PEOPLE has the exclusive first photo of the newlyweds on their special day!

In the gorgeous image, which was taken by Amy and Stuart Photography, Lawrence beams as he wraps his arms around his beautiful bride and pulls her close to him. (See their full wedding album in next week’s issue of PEOPLE!)

Burke is breathtaking as she looks over her bare shoulder in her simply striking Romona Keveza gown which features a six-foot train.

On Thursday, the dancer was accompanied by her stepfather, Bob Wolf, down the aisle to meet her husband-to-be as family and friends, including many Dancing costars, looked on.

“Matt brings out the best in me,” Burke, 35, told PEOPLE days before the nuptials. “He enjoys every moment and that helps me appreciate life even more.”

The couple’s “I dos” capped off a relationship that began nearly 13 years ago, when they met during the 2006 Dancing with the Stars season.

“There was an attraction right away,” said Burke. “But we were both really young.”

The couple broke things off after a year, but reunited almost nine years later, in 2017.

“It felt like the [time passed] didn’t happen,” said Burke. “I just felt so comfortable.”

Lawrence proposed in May 2018 at the Montage Laguna Beach — with a very special ring, using the exact diamond that her late father gave her mother.

As for what’s next for the happy couple? “I want to have kids,” Burke said. “[When we got back together] it was like, ‘Let’s not waste any time. Time’s a tickin’!’ “ 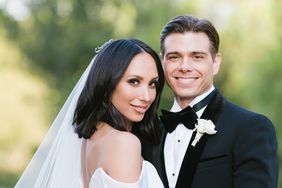 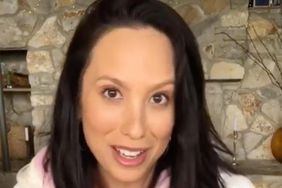 Cheryl Burke Calls Out Guests Who Didn't Give Timely RSVPs to Wedding: 'A Text Is Not Going to Do' 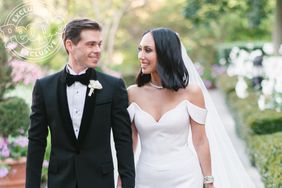 Monday Is the New Saturday: Stars Who've Wed During the Week