Charli and her sister Dixie D'Amelio came under fire after making faces and gagging noises during the meal, though the chef has said it was "all fun and games"

Charli D'Amelio and her sister Dixie are speaking out after they were accused of being "disrespectful" during a dinner prepared by a professional chef.

The TikTok stars recently posted a YouTube video on their family channel, which featured the sisters sitting down with their parents and friend James Charles for a dinner prepared by chef Aaron May.

In the video, the chef presented the family with a multi-course meal, including a salad and seafood paella dish. Some of Dixie and Charli's reactions to the meal garnered criticism online.

At one point, Charli, 16, was seen making faces as May described the meal, and she later asked for "dino nuggets."

Elsewhere in the video, Dixie encountered a snail on her plate. As the chef explained the purpose behind the ingredient, the 19-year-old was seen making gagging noises before eventually running outside to throw up.

Some viewers took issue with the sisters' behavior, accusing them of being "disrespectful" and "rude" towards the chef in the video's comments section.

A rep for Dixie and Charli did not immediately respond to PEOPLE's request for comment, though both sisters have addressed the backlash on social media.

During an Instagram Live on Thursday, Charli broke down in tears. "Blatantly disrespecting the fact that I'm still a human is not okay," she said in a clip captured by a fan account.

"You can hate on me for whatever I've done, but the fact that all of this is happening because of a misunderstanding, like, I just feel like that's not okay," she continued. "And if this is the community that I'm in and the community that I put myself in, I don't know if I want to do that anymore."

Dixie, meanwhile, said in a TikTok video on Wednesday that the situation was "ridiculously blown out of proportion."

"I would never in any way want to be taken as disrespectful, especially for an out of context 15-second clip," she continued.

Dixie went on to say that the chef purposely put the snail in her food, knowing that the social media star would have a strong reaction.

"My team knows I throw up a lot," she said. "I could throw up at the smell, the thought or the taste of anything. So, when they saw the snails, they were like, 'Oh, let's get her and try and see if we can get a reaction out of her.' So basically, that clip — that wasn't in the original video — is my team and chef Aaron May trying to convince me to try snail knowing that I would have a reaction. I love chef and would never disrespect him in any way. Maybe don't judge someone's personality over a 15-second video."

The chef himself also said that the situation had been "blown out of proportion."

"Someone on production thought it would be funny to feed Dixie and Charli snails," May told The Hollywood Fix. "They didn't take it the best. I love Dixie and Charli, I've worked with them before, I'm going to work with them again. Those girls are the greatest, I love them. It was all fun and games."

Dixie and Charli's dad, Marc, also spoke out against the hate in his own TikTok video.

"So Dixie, sometimes when you eat food you don't like, you puke," he said in the clip while sitting next to his daughter. "And we know that because we are her parents and we've seen this happen time and time again."

"Stop trying to cancel my parents for calling me dramatic," Dixie added. 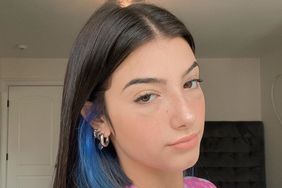 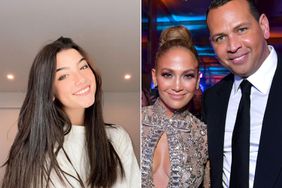 Charli D'Amelio Reveals the Advice Jennifer Lopez and Alex Rodriguez Gave Her: 'I Needed' It 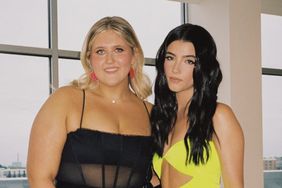 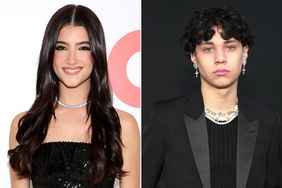