Of all the Celebrity Apprentice heavyweights, an unlikely powerhouse has emerged in Piers Morgan, the British tabloid editor and America’s Got Talent judge. Morgan’s voice has been smart and savvy during the first three episodes and Thursday, he scored a $10,000 check from Sir Richard Branson. To boot, Morgan wasn’t above dressing like a low-rent knight to sell Broadway tickets to Spamalot. And earlier in the show, he held his own while trading personal insults with teammate Stephen Baldwin. (The two made up quickly when Morgan’s money came in.)

“He is our most valuable player,” task team leader and Sopranos star Vincent Pastore said in the boardroom, of Morgan. “People didn’t even know who he was until they saw him. That’s being a barker. That’s going out there and selling tickets. It’s like the old days, when my father used to walk up and down with a sandwich board around him. That’s what this man did… He’s brought in the high rollers, and then he put on the sandwich board.”

Tell us: Do you like Piers? Does he stand a chance at winning Celebrity Apprentice? Tommy Baynard/NBC 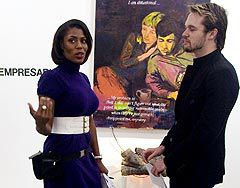 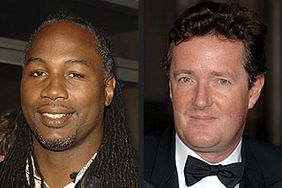 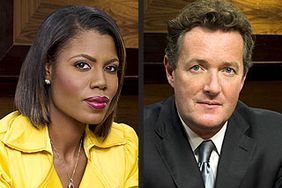 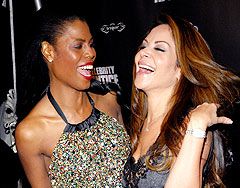