'Catfish' Recap: Even Celebrities Can Get 'Catfished'

Sometimes celebrities really are just like “normal people.” Not only do they buy groceries and go to the park, they can also get caught up in the tangled web of a catfish, as Rent actress Tracie Thoms did in the latest episode of Catfish.

The star reached out to Nev Schulman and Max Joseph for help following up on a deceiving Twitter fan. By the time our boys arrived, Tracie had already discovered that one of her Twitter followers was pretending to be someone she was not. When the actress tried to confront her fan “Sammie” about the behavior, the mystery Tweeter pulled a vanishing act, leaving Tracie with plenty of unanswered questions.

Why did Sammie feel the need to do this? Is she okay? Is she pulling the same moves on other celebrities?

Nev and Max are on the case for closure! Read on to see what they discovered – but don’t worry, we did most of the detective work for you. Check out the “three red flags” that led to “the big reveal,” and “the silver lining” that followed. Let’s get fishing, shall we?

Tracie Thoms, an actress best known for her roles in Rent and Death Proof, who also likes to take the time to connect with fans via social media.

Sammie, a big fan of Tracie who reached out to the actress and helped Tracie promote her film Raze before creating phony accounts and deceiving the actress.

Nev and Max didn’t have to do too much digging to find out Sammie was up to some questionable Web behavior. Before the actress asked the guys for help, she had already discovered that Sammie had created a fake account for a girl named “Reese.” Sammie went on to introduce Reese to Tracie and the two befriended each other. Sammie took things a step further, eventually giving her creation cancer, and then killing off Reese to garner more attention from Tracie. Through some researching of her own, the star eventually found out the truth and confronted Sammie about her actions. In response, Sammie deleted the account and stopped talking to Tracie. Now, the concerned actress is hoping the Catfish crew can find Sammie, so Tracie can get the full story and ensure Sammie isn’t catfishing others. Here are the additional warning signs Nev and Max uncovered.

Through Sammie’s Facebook page, Nev and Max find a new Twitter account that Sammie is using as a fan page for actress Liz Gillies. Max remarks that Sammie seems like a “serial super fan” that needs validation from celebs. The thing is, she will go farther than most to get it.

2. Other celebrities describe Sammie as one of their most zealous fans. Through Tracie’s research, Nev and Max find Marissa Von Bleicken, a former contestant on The Glee Project. Nev and Max reach out to Marissa, who meets up with them and brings an extensive amount of fan mail and messages Sammie has sent to her, including a letter about how she “loves hard” and “doesn’t let go.”

The group decides it’s best to reach out to Sammie over Facebook and approach her honestly. Nev tells Sammie that he and Tracie want to meet and get the details about Sammie’s online decisions. Sammie agrees to meet in her hometown of Ardmore, Pennsylvania. Visibly nervous, Sammie stumbles through why she chose to create Reese, telling Tracie that as an only child she often felt like a loner and found it easier to make friends online. She also admits that interacting with celebrities makes her feel special, and that is what prompted her to create and kill off Reese to get more attention. Nev, Max and Tracie have a hard time getting much more out of Sammie until their second meeting the following day. Sammie takes this moment to apologize for deceiving Tracie, saying she understands now why she did it. Sammie looked up to Tracie as a big sister and as a figure who could help her accept herself. She wanted to share this fan girl excitement with someone, so she created Reese for that very reason.

After reading Sammie’s letters and hearing her speak, Nev, Max and Tracie all agree that she has a talent for storytelling. And, as a girl who grew up with two deaf parents and later went on to have a baby with a boyfriend before identifying as a lesbian, Sammie already has an interesting story to tell. The trio urge Sammie to put her attention towards expressing her feelings in a way that others can enjoy, instead of focusing on empty online relationships. As Tracie puts it to her, “We identify with you. We like you. You are enough. You are always going to be enough.”

One month later, Tracie has the closure she was looking for and has learned a valuable lesson about forming online friendships with fans. When Nev and Max check in on Sammie, she is upbeat and “writing a lot.” Now that she is following the group’s advice, Sammie is finding less and less of a need to spend her time expressing herself on social media. 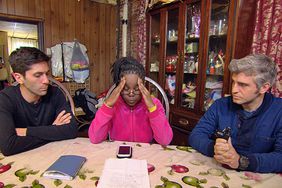 'Catfish' Recap: Is There a Catfish Working for Kanye West? 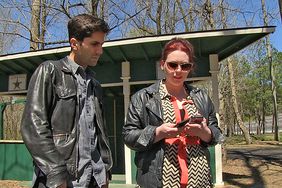 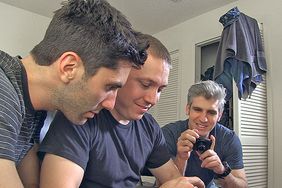 'Catfish' Recap: Can a Catfish Create a Happy Ending? 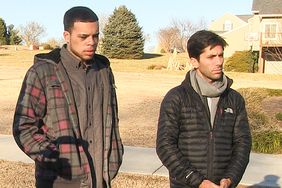 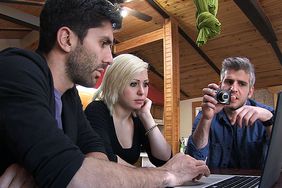 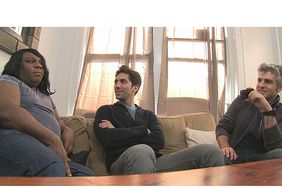 'Catfish' Recap: What Happens When a 'Catfish' Intervention Goes Wrong