The two were also joined by Stephen "tWitch" Boss

Carson Daly returned to New York City’s Times Square to ring in the start of 2020 as the host of NBC’s New Year’s Eve event on Tuesday night. This year, Julianne Hough served as his co-host, while Stephen “tWitch” Boss acted as a correspondent, both breaking it down with a “dances of the decade” segment as the clock ran down toward midnight.

Hough also took the stage for a musical performance, as did artists including X Ambassadors, Brett Eldredge, Ne-Yo, Blake Shelton, Gwen Stefani and The Struts.

After her number, Hough, 31, put a heartfelt post on Instagram, thanking her team and her backup dancers.

“I literally felt the old being released and an allowance of space for the new year to begin,” she wrote. “To be able to start the new year with this performance after taking a break from music for the past 10 years felt like a dream come true. I feel grateful. I feel alive. I feel open and READY for all that 2020 has in store. Bring it on.”

Ahead of the show, Daly, 46, posted a photo with pregnant wife Siri and their kids London Rose, 5, Etta Jones, 7, and Jackson James, 10, joking, “dad has once again dragged the family to his job.”

Hough was joined backstage by husband Brooks Laich, who joined his wife at her daytime rehearsal and cheered her on via his Instagram stories.

Last year, Daly was joined by Chrissy Teigen and Leslie Jones for the annual event. The night was full of fun and laughter — and even a hilarious mishap as the clock struck midnight!

When it came time for the happy hugs to celebrate 2019, Jones accidentally poked Teigen in the eye with her umbrella, causing the first viral moment of the new year. The two did end up hugging right after as Teigen made sure to duck under the clear umbrella the second time around.

The next day, Teigen made sure to let Jones know everything was all right after the comedian tweeted her apologies.

“EYE’M FINE BABY I hug too hard what can I say,” Teigen tweeted with a picture of her sending Jones a kiss. 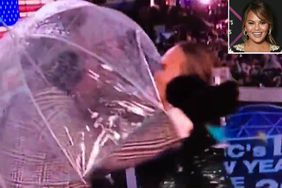 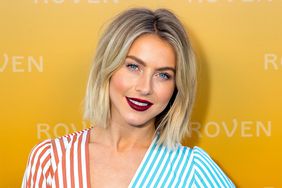 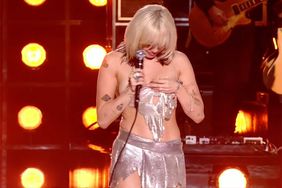 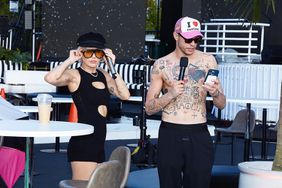 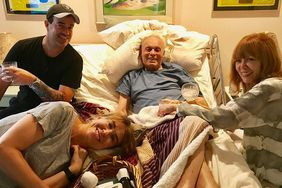 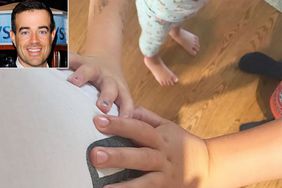 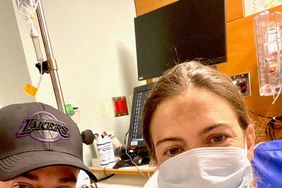 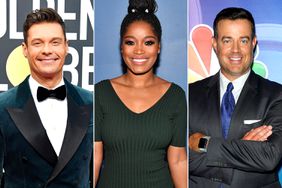