Radziwill is "still rooting" for their strained friendship — but not before correcting what she claims are "lies, insinuations, and false characterizations" Frankel has made about her

Carole Radziwill is “still rooting” for her strained friendship with Bethenny Frankel — but not before correcting what she claims are “lies, insinuations, and false characterizations” her former pal has made about her on The Real Housewives of New York City.

On Thursday, the 54-year-old What Remains author wrote a scathing blog post about Frankel, shooting back at accusations the Skinnygirl founder made about why the two had grown apart.

“We’re totally on different pages,” Frankel said on Wednesday’s episode of RHONY, adding that Radziwill didn’t take any interest in her B Strong relief efforts. “It occurred to me that we don’t have that much in common. She does have more in common with Tinsley [Mortimer] in the fact that Carole isn’t married, doesn’t have kids, and doesn’t have a career.”

Frankel had also insulted Radziwill’s on-again, off-again boyfriend Adam Kenworthy. She called the 32-year-old photographer “a bit of an operator” because he had asked to be compensated to shoot Frankel while she went to Houston with her charity to help with Hurricane Harvey relief efforts.

While Radziwill hit back at each accusation one by one, she made some overall comments that showed she was sad to be on the receiving end of Frankel’s insults.

“As a woman, it makes me sad to watch another women, who I thought was my friend, talk behind my back with such cattiness and disrespect,” Radziwill wrote. “But it makes good television and in the end that is Bethenny’s one true friend.”

“Unlike Bethenny, I don’t need to be biting and self-righteous in order to make myself feel better, smarter, or more successful. I hardly recognize the woman on television shaming women simply for having different opinions and interests,” Radziwill continued. “Since when is it ever okay to insult a woman’s accomplishments? Her career? Especially in 2018 when women have finally found the courage to speak their truth?”

As an example, Radziwill pointed to one criticism Frankel had made about costar Ramona Singer earlier in the season.

“Obnoxious lines like, ‘Call me when you’ve had some success‘ set all women back,” she said. “Ramona, whether you like her or not (I do) is a very successful woman. She has had success in business, gracefully navigated a nasty public divorce, and raised a thoughtful and intelligent daughter. That’s my definition of success. What’s yours?”

But as she responded to some of Frankel’s more personal insults, her words were more pointed — especially when it came to the star’s claim that Radziwill doesn’t have a career.

“I will put my resume up against Bethenny Frankel’s any day of the week,” Radziwill wrote. “When Bethenny was auditioning for B movies, I was traveling for ABC News to places similar to what you saw in Puerto Rico. After that I worked in publishing and wrote for national magazines, and now yes, I am on Reality TV.”

“The entirety of Bethenny’s career, other than some minor success she had as a caterer, has been in Reality TV. From Apprentice to Housewives and all that it has brought her — including launching her Skinnygirl business — Reality TV has been very good to her. She worked hard, and I’m glad to see she is giving back,” Radziwill said. “I’ve been her biggest cheerleader. I show up at all her launch parties, from booze to sparklers to candy. Last year in Mexico, I wore my Skinnygirl hardhat with enormous pride.”

She also made digs at Frankel for claiming that Radziwill didn’t show any interest in Puerto Rico, pointing out how she continues to ask about the work Frankel is doing only to be met with “out-of-control aggressive” responses.

“I’m glad to see my friend Bethenny step outside her affluent bubble, with her stream of rich boyfriends, rich friends with private planes, million dollar homes, and five-star resort vacations,” Radziwill wrote. “One gets the impression this is the first time she’s witnessed real poverty. It can be life-changing. I know it was for me, many years ago when I first covered tragedies as a journalist. The shock of having, then losing, one’s home and all its possessions (and having the guts and dignity to soldier on) is awe-inspiring. It is partly why I quietly give money to charities and political campaigns I believe will make a difference in the world. And why, years ago, I created my own charitable foundation.”

“It is a good use of celebrity, and I hope this journey will make Bethenny a wiser and kinder person closer to home too,” Radziwill added. “From the looks of it, she’s got a ways to go.”

As for Kenworthy, Radziwill defended him — calling him “richer, in all the ways that count in life, than Bethenny will ever be” and explaining that he “couldn’t go to Houston at Bethenny’s whim.”

“He is building his business, and he has to hustle — you’d think if anyone would understand that it’s Bethenny,” Radziwill wrote. “How quickly she forgets the struggle. He suggested switching one client’s day but couldn’t afford to lose his day rate — certainly not to take pictures of Bethenny to post on her social media.”

After listing off Kenworthy’s humanitarian accomplishments, Radziwill claimed that Frankel had gone to hire a “paid photographer” in the end to “take pictures of her and the endless selfies she allegedly disdains.”

Radziwill ended her blog by pointing out how she shows up to support her friends — a concept of “celebrating others accomplishments” that she says “is a foreign one to Bethenny.”

“In the 10 years she’s been on television has anyone seen her promoting a friend, especially one on the show? She barely shows up to support the friends on the show with her,” Radziwill said. “She should consider changing her tagline from ‘it’s more important to bStrong’ to ‘it’s more important to bNice.’ Because if mocking, insulting, and shaming her friends is a sign of strength, she can keep it.”

“Get off my jock and if you’re going to come for me — you better not miss,” Radziwill added, quoting lines Frankel has become famous for. “You did a great thing in Puerto Rico, then you let your ego get the best of you. I’m still rooting for you…” 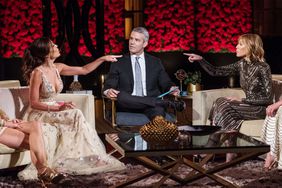 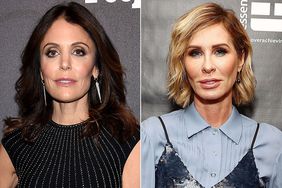 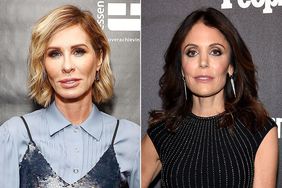 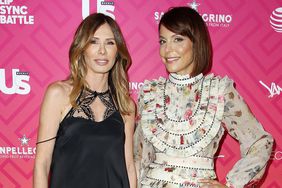 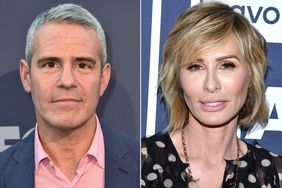