During the season 29 Dancing with the Stars premiere, a commercial aired about 60-year-old millionaire and animal sanctuary owner Don Lewis, who was married to Carole Baskin at the time of his disappearance in 1997

The family of Carole Baskin's late husband Don Lewis is still on the hunt for answers about his disappearance and death.

During the Dancing with the Stars premiere on Monday night, when the Tiger King: Murder, Mayhem and Madness star made her debut on the ABC reality dance competition series, a commercial aired about 60-year-old millionaire and animal sanctuary owner Lewis, who disappeared in 1997 and was later declared dead. At the time that he went missing, Lewis and Baskin were married.

In the "Justice for Don Lewis" ad, Lewis' family and their attorney, John M. Phillips, asks for tips about his disappearance to be sent to 646-450-6530 or 1-800-litigate. Currently, the family is offering a $100,000 reward for information about his whereabouts.

The ad begins with Lewis' three daughters — Gale, Lynda and Donna — asking for the public's help.

"I'm Gale, one of Don Lewis' daughters. We are a real family and to us, he was daddy," says Gale.

"I'm Lynda, one of Don Lewis' daughters, and we miss our dad," says Lynda.

Says Phillips, "Don Lewis mysteriously disappeared in 1997. His family deserves answers, they deserve justice. Do you know who did this or if Carole Baskin was involved?"

Lewis vanished on Aug. 18, 1997. Deputies found his van abandoned at a nearby airport, where he had allegedly planned to take a trip to Costa Rica. Police found no signs of a struggle inside — nor did they find proof that he ever left the country.

In the intervening decades, his disappearance has remained a mystery. But since the release of Netflix’s seven-episode series Tiger King earlier this year about the long-running rivalry between Joe Maldonado-Passage or “Joe Exotic,” the now-imprisoned big-cat enthusiast, and Baskin, police are hoping for a break in the case. (The series also revealed the present friction between Lewis' family and Baskin.)

Speaking with PEOPLE in April, Hillsborough County Sheriff Chad Chronister said that Baskin, 59, is not a suspect in her ex's death.

“Once I saw how popular this Netflix documentary series has become, I’m like, ‘Listen, we need to take advantage of this,’” Chronister said. “I just thought, Wouldn’t it be phenomenal if we could glimmer some type of evidence, an interview, anything that would help us solve this disappearance case?’”

At the end of March, Chronister asked on Twitter that anyone with any information about Lewis’ disappearance come forward.

“We’re getting about six tips a day,” he said. “So far, nothing viable. More theory-driven. But I’m going to be honest with you: I remain optimistic. Somebody’s going to watch this show and it’s going to prompt them to call us.”

Chronister said there are many unanswered questions, but one thing he’s certain about is that Lewis didn’t voluntarily disappear: He was murdered. He also does not believe Lewis would have abandoned his children or left his millions of dollars behind.

“I believe it was a homicide,” he said. “Now how and who’s responsible for it? That’s the unknown part right now. I wish I had more answers. I only hope, with the popularity of this Netflix series, that I’ll get those answers.”

Lewis’ family has long suspected that Baskin, who runs the nonprofit Big Cat Rescue in Tampa, Florida, had something to do with his disappearance. In Tiger King, Maldonado-Passage accused her of disposing of his body by feeding it to her big cats.

Chronister told PEOPLE Baskin is “not a suspect at this time.” He added, “We don’t have any evidence to even call her a person of interest.”

In a recent interview with PEOPLE, Baskin further condemned her portrayal on the Netflix series, saying, "I am not at all the person I was portrayed in Tiger King."

"I am not the money grubbing, gold-digging, murderous person that they portrayed. I am the type of person who will come after any person who is abusing animals. I am relentless. I just won’t stop until I find some legal way to make it stop," she continued. "From that perspective, I think they got me right. Me as a person, that was a total assassination of my character for nothing other than whatever money they could get for selling that to Netflix.” 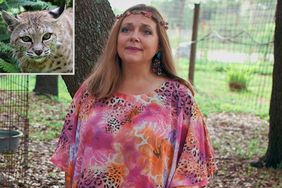 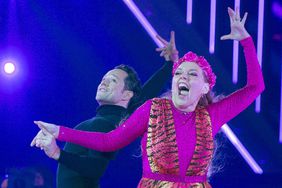 Tiger King's Carole Baskin Comes Out as Bisexual: 'I Could Just as Easily Have a Wife as a Husband'