Full House aired on ABC for eight seasons and 192 episodes

Candace Cameron Bure is having a “full on moment” of nostalgia 32 years since Full House began.

On Monday, the actress took to Instagram the honor the popular sitcom — which aired its first episode on Sept. 22, 1987 — with a photo of her days as D.J. Tanner alongside John Stamos, Bob Saget, Dave Coulier, Jodie Sweetin, and Mary-Kate/Ashley Olsen.

“Full House premiered 32 years ago and I’m having a FULL ON moment 🙏🏼🥰What a journey it’s been . . . my heart is filled with so much gratitude & love 💖💛 #fullhouse #memories#family,” Bure, 43, captioned the throwback shot.

In 2016, a reboot, Fuller House, premiered on Netflix, starring Bure as a now-adult D.J. who is a widowed mother of three sons. Sweetin and Andrea Barber, who played her childhood BFF Kimmy in the original series, also star.

With the exception of the Olsens, all original cast members have reprised their roles in either main, recurring or guest roles, including Lori Loughlin as Aunt Becky.

In June, Stamos, 56, said that although Fuller House is airing its fifth and final season later this year, he is hopeful it is not goodbye for the Tanner family forever.

“I don’t think it’s done,” he told E! News. “I think there’s a play that we go backward, like what happened before?”

Stamos said he was particularly interested in storylines that explore what life was like before Joey and Jesse moved in with widowed Danny and his girls, as the sitcom rarely ever spoke about Pam’s life or death.

“If you remember in the pilot of the show, my sister Pam dies, and that’s why it’s the three men raising the three girls, so I’d like to explore that,” he explained to the outlet. “The brother/sister, maybe go back. We’ll see.” 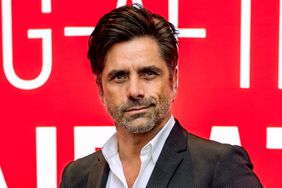