Inside Camille Grammer's Hawaiian Wedding: 'It Was Like Something Out of a Fairy Tale'

"Hawaii is my special place," says Camille Grammer, who owns a house on the Big Island

When it came to the inspiration for her Oct. 20 nuptials to attorney David C. Meyer, Camille Grammer looked no further than the tropical island she calls home.

“Hawaii is my special place,” says the Real Housewives of Beverly Hills star, who owns a house on the Big Island. “I have so much respect for the Hawaiian culture. It’s all about ohana, family, love, respect for the land and respect for each other.”

And so Grammer planned an intimate wedding with an exotic twist and plenty of Hawaiian touches.

Grammer wore a “royal-inspired” Malan Breton gown and was escorted by her father Joseph Donatacci as she walked down the aisle to meet her groom.

“The sky was blue, the sun was setting, a breeze was blowing and it was so romantic,” recalls Grammer. “It was like something out of a fairy tale. And there was a rainbow. To me, that means we’ve made it over the rainbow and found each other. This is our new life.”

Seated in the round so everyone had a view of the bride and groom (“I wanted it to be intimate,” says Grammer), guests watched as they exchanged their vows.

“I welled up,” Grammer admits. “And David started crying- he’s a softie at heart! It was such a special moment.”

After the ceremony, guests enjoyed a meal with “Hawaiian flair” that included a filet, local fish wrapped in banana leaves, poi and taro chips. “We wanted everything to be really authentic,” says Grammer.

RELATED VIDEO: Camille Grammar Says She Was ‘Nervous’ About Getting Married After Her Divorce

Sparks literally flew during the entertainment for the evening, when fire dancers wowed the crowd, as well as hula and traditional Hawaiian dancers.

And then the party really began. “There was eating, drinking and dancing,” says Grammer. “Kyle and I were cutting a rug!”

When the reception finally wound down at 11:30pm, Grammer was able to take a moment to be grateful for her perfect day.

“I’m so excited to share my life with David,” says Grammer. “It was a spectacular day, and I feel just wonderful.” 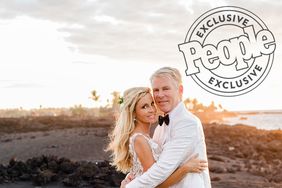 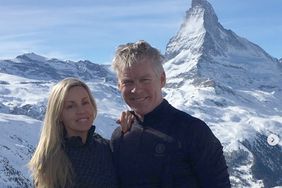 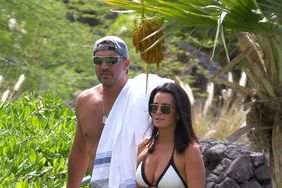 Kyle Richards, 49, Shows Off Bikini Body While in Hawaii With Husband Mauricio Umansky 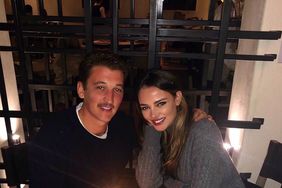