On Saturday, Camilla Luddington – who plays Dr. Jo Wilson on the long-running ABC drama Grey’s Anatomy – and longtime boyfriend Matthew Alan – who most recently starred in Hulu’s Castle Rock – tied the knot in an intimate California coastline ceremony in front of 70 of their closest friends and family (including former Grey’s costar Jessica Capshaw!), PEOPLE exclusively confirms.

“The thing that I always said to Matt is that I just wanted to see the ocean,” the actress, 35, star exclusively told PEOPLE prior to the wedding. “That was my one thing.”

“We’re just ready to do the damn thing,” she added. “We kind of already feel married because we have a 2-year-old. But there’s something romantic to us about solidifying that family unit by having the ceremony and actually having Hayden present. To be honest, I’m just excited to get into that new normal of married life.”

Their wedding planner, Karen Waldron of Ampersand Entertainment, tells PEOPLE, “The couple wanted romantic elegance with lots of natural elements, set against crisp white walls mixed with wood tables, hanging rattan light fixtures, an abundance of white and green floral, that kept it beautifully classic and fresh,” adding, “Touches of gold accents were mixed into the tables for just that splash of glam.”

The bride, who wore a stunning couture gown by Mira Zwillinger with handmade embroidery, walked down the aisle to The Temper Trap’s “Sweet Disposition” – a song that holds a special meaning to the couple.

The English actress, who has done voice work as Lara Croft in the Tomb Raider video games, revealed to her followers in 2017 that she and her beau welcomed their daughter, Hayden, into the world.

And in January 2018, the couple announced that they were engaged.

“I’m not sure I even let Matt get through his proposal before I started yelling YES YES YES!! Of course it was a yes!” she wrote and quipped that their daughter, gave her stamp of approval: “Also… Hayden approves.. 😉 💍✨✨✨.“ 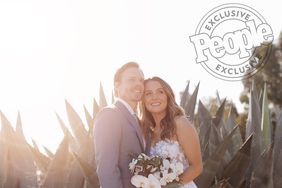 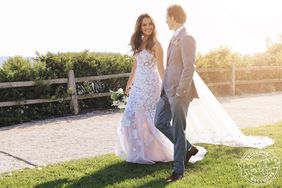 Camilla Luddington's Original Wedding Venue Burned Down in California Fires: 'I Cried in My Car' 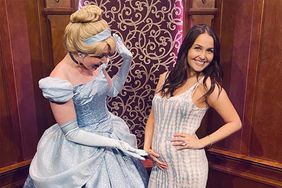 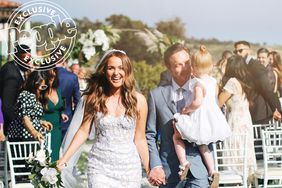 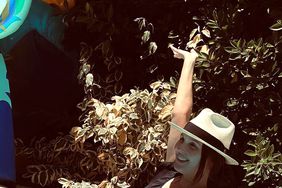 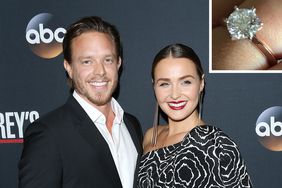 'It Was a Yes!': Camilla Luddington & Matthew Alan Are Engaged