The look back will start rolling out June 6 on SI.com

Caitlyn Jenner is celebrating one of the crowning achievements of her life.

Next week, Sports Illustrated is rolling out an in-depth cover story and longform digital package to mark the 40th anniversary of Jenner winning the decathlon at the 1976 Montreal Olympic Games – and PEOPLE has an exclusive First Look at a film that is part of the celebration.

“We go into these shoots with an open mind and allow our photographers to explore these stories. Forty years ago, Caitlyn Jenner offered one of the great athletic feats in modern era,” says Sports Illustrated Managing Editor Chris Stone. “We needed an image that connects both who Caitlyn Jenner is now and what she accomplished 40 years ago as Bruce Jenner, and the image that you see on the cover next week reflects that.”

In the story, Jenner, 66, revisits her time as an Olympian and also opens up about what it means for her life today as a transgender woman.

“There’s a great scene at the beginning of the story. There’s a nonchalance in which she revisits the medal,” says Paul Fichtenbaum, Time Inc. Sports Group Editor. “It’s tucked away in her drawer and she hasn’t given it much of a thought in many, many years. That’s the essence of the story. That’s why we are doing the story, why we are revisiting the moment. There’s a reconnection with her and that time.” 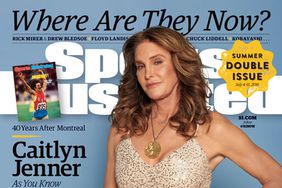 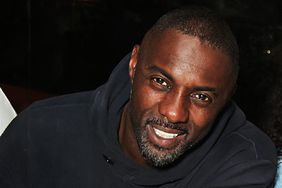 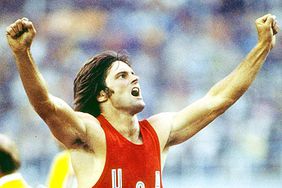 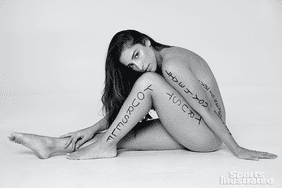