Caitlyn Jenner isn’t just resting on her laurels as Vanity Fair‘s newest cover girl. Instead, the Olympian formerly known as Bruce Jenner hit the road for a trip up the coast to northern California for some fun, inspiration and, yes, filming, PEOPLE has learned.

Indeed, Jenner, 65, and a group of fellow transgender female friends made pit-stops in Big Sur along the coast, San Francisco and other locations where they shot footage for Jenner’s upcoming eight-part docuseries, I Am Cait.

Jenner, whose newly created Twitter account broke records by wracking up a million followers in just four hours, shared a sweet photo from the trip on June 6 showing a group hug with her new friends and wrote, “Learn from those who have walked the path before you. #TransIsBeautiful #LivingOurTruth #JustTheBeginning.”

Now that Jenner has publicly debuted as a woman, she’s on a mission to help others in the LGBT community find empowerment and help support a variety of populations who struggle with discrimination.

Jenner’s next high-profile public outing will come when she is awarded the Arthur Ashe Courage Award at the ESPYs on July 15.

“This year, we are proud to honor Caitlyn Jenner embracing her identity and doing so in a public way to help move forward a constructive dialogue about progress and acceptance,” ESPN said in a statement.

Of course, receiving this honor comes with its own burden, notes Jenner. Displaying her light-hearted side, she Tweeted on June 2 after the ESPYs news was announced: “What the hell am I going to wear?” 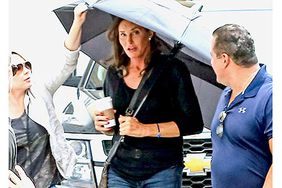 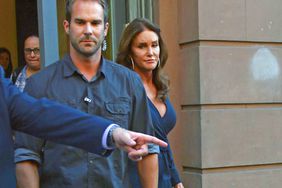