“I didn’t really think it was going to work out,” Smith explained in a recent interview with The Daily News of Newburyport. Then, as fate would have it, the actor who played Burke, Isaiah Washington, got into a now infamous on-set brawl with Patrick Dempsey of McDreamy fame, and subsequently left the show. All of a sudden, Dr. Burke was out and Dr. Hahn was back in.

“It made perfect sense to me as a character,” said Smith, 40, “when Burke left, if the chief offered me that position, I would definitely take it.”

And while Smith has already made a strong impression on the show after just a handful of episodes, in another twist of fate the Writers’ Guild strike shut down production of Grey’s last month.

“I am sort of out of work. It’s hilarious and ironic,” said Smith, who got her first big break back in 1991’s The Silence of the Lambs as the Tom Petty-humming potential victim of serial killer Buffalo Bill. (Remember: “It put the lotion on it”?)

Well, Smith is no victim as no-nonsense Dr. Hahn, who has yet to succumb to the many charms of McSteamy, or soften towards Cristina. And she’s scrubbed and prepped to step on a few more Seattle Grace toes: “I am ready to go back, already.”

So, tell us, what you think of Smith’s portrayal of Dr. Hahn? –Carolyn Butler 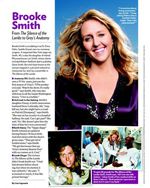 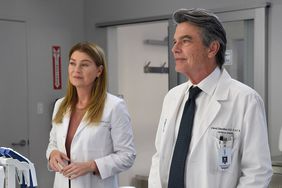 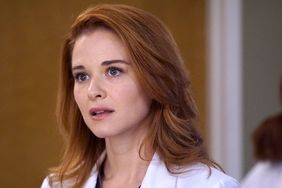