Season 8 of Dancing with the Stars hasn’t even kicked off, but star alums Brooke Burke and Mel B. are already weighing in on who they’re rooting for come March 9.

“Well I have to root for Derek Hough, because of course he was my partner,” said Burke, season seven’s reigning Dancing queen, said at Baked! Lays “Only in a Woman’s World” series premiere held at West Hollywood’s Coco Deville on Tuesday.

She added, “Denise Richards will be the mom of the bunch. I can totally relate to what she’s going to go through, juggling motherhood… so I’ve got to give her some credit.”

Season five’s runner-up Mel B., who also attended the event, has her eye on a female victor as well.

“This season you’ve got Lil’ Kim, you’ve got Nancy O’Dell,” says the former Spice Girl. “I think they’re going to be my two favorites. But you can never tell until it actually starts how everyone is going to develop.”

Whether another female contestant can continue the Dancing winning streak will be battled out over the course of the spring. But Burke has this advice for all the contestants: “It’s a big-time competition, but you have to have fun.” –Allie Gross 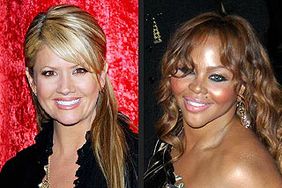 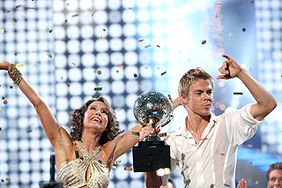