Brody Jenner and Kaitlynn Carter called it quits earlier this month one year after their wedding, although they were not legally married

Kaitlynn Carter isn’t the only one moving on.

The source says they met in New York through Jenner’s The Hills: New Beginnings costar Frankie Delgado. TMZ was the first to report the new coupling.

Canseco is the daughter of retired Major League Baseball player Jose Canseco, 55. She made her modeling debut in the 2018 Victoria’ Secret fashion show.

News of the budding relationship comes just days after Carter was spotted kissing Miley Cyrus while on vacation in Italy — shortly before news broke that the singer and husband Liam Hemsworth had separated.

Jenner, 35, seems to be taking the photos of Carter, 30, kissing Cyrus, 26, in stride, even poking fun at the drama in the comments section of one of his recent Instagram posts.

“Don’t let yesterday take up too much of today,” he wrote alongside a photo of himself posing near the coast.

And when his Hills costar Brandon Thomas Lee commented, “Let’s round this scandal out and post a pic of us making out,” on the picture, Jenner had a tongue-in-cheek response, as captured by Comments by Celebs.

His remark wasn’t unnoticed, and soon Cyrus left her own comment. “Go take a nap in your truck and cool off #HotGirlSummer,” she wrote. (On The Hills, Jenner slept in his car following a disagreement with Carter).

Jenner and Carter tied the knot in 2018, in front of 50 family members and friends in an ocean view ceremony at the Nihi Sumba resort on Sumba island, off the coast of Indonesia, where Jenner had proposed. (However, a source told PEOPLE that the ceremony was not legally binding, so they were never officially married.) 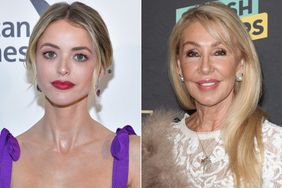 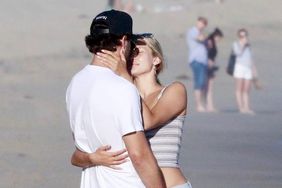 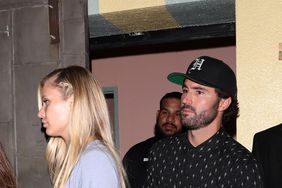 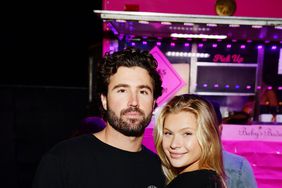