Some blame the outfit. Others point a finger at Sarah Silverman. Still others question MTV’s judgment in the first place to open the show with Britney Spears.

But whatever the reason, the pop star’s lackluster performance of her new single “Gimme More” is getting universally bashed the day after her supposed “comeback” in a sparkly black bikini and blonde weave on Sunday’s Video Music Awards.

“Britney was supposed to wear a matching corset that she opted out of wearing at the last minute,” a source tells PEOPLE. “She was just plain nervous because of all the hype and she’s embarrassed.”

Adds another, “She looked disappointed” backstage after the performance.

“She was extremely nervous. It’s been awhile since she’s done this, and she was performing in front of all her peers, on live TV. She just got out there and froze,” says a source who was also backstage as well as at rehearsal (watch the clip). “People who were at rehearsal saw something else. It was good. It really was.”

In addition to the barbed comments (everyone from Whoopi Goldberg to The New York Times piled on), conspiracy theories abounded as to why Spears appeared out of it and uninspired.

Fan site BreatheHeavy.com and photo agency X17 speculated that Spears was thrown off after hearing Sarah Silverman rehearse her monologue (which ripped Spears and called her kids “mistakes”).

But Silverman’s rep tells PEOPLE it’s untrue: “Sarah never rehearsed her full monologue ahead of time so no one knew what Sarah was going to say except for Sarah.”

On another celeb blog, Oh No They Didn’t, a reader posted supposed photo evidence that Britney was wobbling on a broken stiletto heel during her performance.

Whatever the case, critics were not impressed. Here’s a rundown:

• All three New York newspapers tore into Spears’s perceived comeback in their front-section news pages: “Britney Spears phoned it in for her ‘comeback’ performance … It was a far cry from her energetic outings at VMAs past,” the Daily News wrote.

•”Totally lame, pathetically lip-synched,” lamented the New York Post. As for “Gimme More,” said the paper, “the song about lusting for too much wasn’t enough to launch a dinghy, let alone re-launch the career of this ditzy disaster.”

• The New York Times chimed in, saying of Spears: “She didn’t disappoint; she was awful. Visibly nervous, she tottered around the stage, dancing tentatively and doing nothing that sounded or looked like real live singing.”

•Equally disappointed, the women on The View expressed sadness over what they considered a pop star disaster. “So sad,” said both Whoopi Goldberg and Joy Behar, though Behar, added, “She’s a good role model in that she comes out and shows she’s not skinny anymore.”

“The lip-synching didn’t work,” said Barbara Walters. “She looks like she doesn’t care,” said Goldberg. “This is like a bad stripper.” View guest Dr. Phil even said he watched the show and thought he’d “bought tickets to a train wreck.”

Only online, it seems, did fans rush to Spears’s defense. On BreatheHeavy.com, in reference to Silverman calling Spears’s two young boys, Sean Preston and Jayden James “the cutest mistakes you’ve ever seen,” Kierra wrote: “I was shocked when I heard it. I think that’s the lowest thing to do. … YOU DO NOT take a jab at a person’s kids esp. babies. It seems like a few people in the audience thought the same.”

Another poster, ColdAsFire, echoed the sentiment, writing, “Britney is not only a performer anymore. First and foremost she is a mother. If someone calls the child that grew in your womb a mistake … I doubt you’d be able to just carry on.”

But other fans on the forum were nonplussed by Spears – and also disappointed. “i love britney, but a few jokes from sarah does not mean you perform like that,” an anonymous poster wrote, going on to wonder, “did sarah also sabotage all the big surprises in your performance?? did she force you to party all night before??”

If nothing else, Spears can take comfort in the words of rocker Pete Wentz – whose own VMA performance also underwhelmed some. 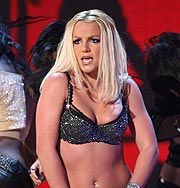 Can Britney Bounce Back? 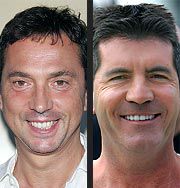 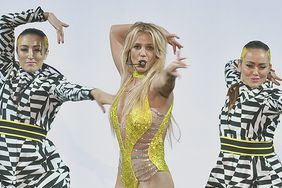 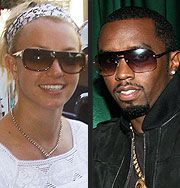 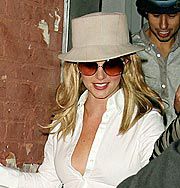 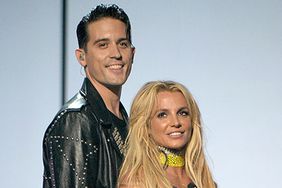 Britney Spears Shuts Down Speculation G-Eazy Tried to Kiss Her at VMAs, Feels 'Blessed' Amid Comeback 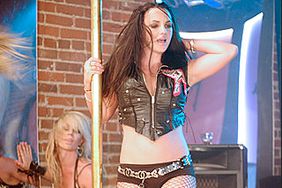