The show won't change scoring procedure because of Bristol Palin

The million-dollar question among Dancing with the Stars fans these days? How did Bristol Palin make it into the season 11 finals?

“She deserves it,” DWTS executive producer Conrad Green tells PEOPLE. “And a significant portion of our viewing audience believes that, too.”

Palin, 20, has consistently received the lowest scores from the judges this season. Yet she’s survived nine weeks of eliminations, beating out this season’s more accomplished contestants like Audrina Patridge, Rick Fox, and Brandy.

Some are questioning her staying power, saying that the show’s voting system needs to be examined, but Green insists, “There’s nothing in the voting system that looks at all strange.”

Speculation has arisen about whether members of the Tea Party, many of whom strongly support Bristol’s mom Sarah Palin, are involved in an organized effort to promote Bristol.

On one conservative Web site, Freerepublic.com, some of the site’s 300,000 registered users have recently used discussion threads to encourage votes for Bristol. One asked users to “make liberal heads explode and vote for Bristol” on Nov. 8 to advance her to the semi-finals.

But Jim Robinson, who founded the site, says there is no larger plan at work. “An organized conspiracy? I sincerely doubt that,” he told PEOPLE. “The Tea Party’s not that organized!”

And Green agrees that there’s no stuffing of the virtual ballot-box, saying that the entire process – text votes, call-in votes and email votes – “is all overseen by the Broadcast Standards team, independent of us and the network to make sure that everything is absolutely done scrupulously.”

While some say the show’s credibility is in question after this year, Green says this isn’t the first time a less skilled dancer has made it to the finale.

“Quite often it’s been the one who’s the most popular or someone who’s captured the public’s imagination because of their performance or who they were,” Green says. “You can argue whether or not she deserves to be there more than someone else who the judges have assigned to be a better dancer, but then make sure you vote for that person. It’s not rocket science.”

Contrary to a report that the show is looking into overhauling it’s voting system to give the judges’ scores more weight than audience votes, Green says that’s not the case.

“Everyone is having a go at our system, but unlike American Idol, our professional judges count for half of the total for each couple, so there’s already a built-in attempt to make the dance quality matter,” Green says. “We set the rules down and this is the game and if this is how it turns out, then this is how it turns out. I think it’s absolutely fair.”

One change Green is contemplating is extending the voting hours following the Monday, Nov. 22 performance show, the first of season 11’s two-night finale. That way, Green says, “given all the fuss, we have a bit more time for people to vote so everyone gets a chance to have their say.”

Why Bristol Palin May Win Dancing with the Stars
Related Articles 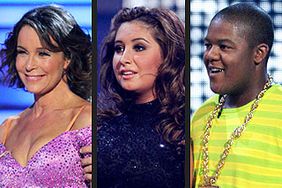 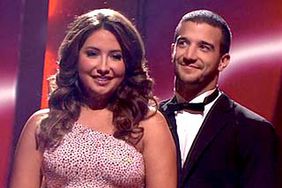 Does Bristol Palin Deserve to Be in the 'Dancing with the Stars' Finale?