Nearly two weeks after Brielle Biermann went public with her new romance, taking a mystery man to Jake Paul and Tana Mongeau’s wedding, he has been identified as baseball pitcher Justin Hooper.

The Don’t Be Tardy star and her beau partied in Scottsdale, Arizona, this week. On Wednesday, Biermann, 22, and Hooper, 22, dinned together at Mastro’s City Hall Steakhouse, and she shared photos of him on her Instagram Story.

On their table? A meal of steaks, with sides of macaroni and cheese and brussels sprouts.

After dinner, the pair met up with a male friend at a local nightclub and posed for more Instagram photos. Later, the trio went out for some late night pizza.

Biermann then flew solo to Los Angeles on Thursday. That evening, she documented a dinner at Craig’s with Sylvester Stallone’s daughters Sistine Rose, 21, and Scarlet Rose, 17.

“Ugh I miss being in love,” she tweeted that night.

Hopper is originally from San Mateo, California, and until recently played baseball for the University of California, Los Angeles.

He was selected in the 14th round of the 2019 MLB First-Year Player Draft by the Kansas City Royals.

Back on July 28, Hopper and Biermann were photographed arriving at the Graffiti Mansion together in Las Vegas for Tana Mongeau and Jake Paul’s wedding. The two were also photographed getting affectionate inside the venue, with Biermann placing her hand on his waist.

A rep for the star did not return PEOPLE’s request for comment about the relationship.

Biermann was last linked to on-again, off-again boyfriend Slade Osborne. The two split back in 2015, but reconnected during the most recent season of her family’s Bravo show. Though they were spotted getting cozy in Miami in October, she told The Daily Dish in March that the reconciliation was short-lived, confirming she was single. In June, she revealed on Instagram that she had joined Tinder.

“I’m definitely not looking for a relationship now, but I am dating,” Biermann told PEOPLE in February. “I’ve been in steady relationships since I was like, 14, so I feel like I want to just focus on myself now and what I want out of life and date around a bit. It’s time to be me.” 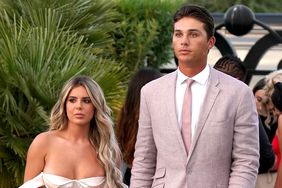 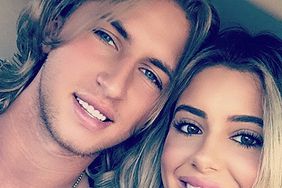