Brian Austin Green is speaking candidly about his children following in his famous footsteps.

During a chat with Soleil Moon Frye for Entertainment Tonight on Thursday, the 47-year-old actor opened up about his kids and how he would feel if they ever wanted to pursue a career in the entertainment industry. Green shares three children — Journey River, 4½, Bodhi Ransom, 7, and Noah Shannon, 8 —with ex Megan Fox, as well as his 18-year-old son, Kassius Lijah, with Vanessa Marcil.

"I'm not sure how [to protect them], to be honest. It's changed so much from when we were kids and in the business," Green said. "The age of social media, the internet and all of that, it's a completely different business than it was when I was a kid."

"I kind of feel like the best thing I can do as a parent is just make sure that my kids morally have a good sense of right and wrong, and what makes them feel good and not, what affects other people negatively or positively — and then put them out there and hope they can navigate it," he explained.

The Beverly Hills 90210 star continued: "I don't think it's my job to create their experience and their story for them. I think that's already done, and I think it's my job just to make sure that the path they're on is [positive]."

Green, who announced his split from Fox, 34, after 10 years of marriage last May, recently earned praise from his current girlfriend, Sharna Burgess, for how he is navigating co-parenting with his ex.

Last month, the Dancing with the Stars pro appeared on the Australian daytime program The Morning Show, where she applauded the former couple for their "great" co-parenting.

Burgess, 35, said the exes are "doing a great job with managing their situation" and she feels "grateful that [she's] been able to fit into it — into their world."

"He's a wonderful dad, and he and his wife — uh, ex-wife — have raised three beautiful children," she continued. "And they are so wonderful and sweet and kind and considerate, and they've done such an amazing job."

Later in his ET chat with Fyre — who directed her new documentary, Kid90, which features Green and other famous child stars from the time — the actor also noted that he hopes it is "enough" that he is trying to be the best he can be for his children.

"Cash, my oldest, is turning 19 and he's an amazing kid. Like, morally, he is a really, really good person," Green said of his son. "So I hope that that technique works pretty well, but it seems to be with him. I mean, it seems like he's a pretty good guy, so yay me. Yay team Brian!" 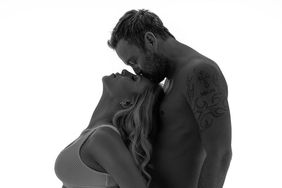 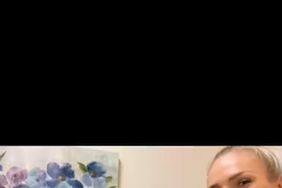