"I think if she can handle Charlie Sheen, she's got to have some kind of drama in her," says Brandi Glanville

There’s a new Housewife in Tinseltown — and Brandi Glanville can’t wait to see how she shakes things up.

Speaking to PEOPLE at the Marriage Boot Camp: Reality Stars premiere party in Los Angeles on Tuesday, the Real Housewives of Beverly Hills alum weighed in on the show’s upcoming addition, Denise Richards.

“I think [the cast] is going to be a lot of actresses, but I mean, isn’t everyone an actress then?” said Glanville, 45. “I don’t know, but there are a lot of actresses. I think if she can handle Charlie Sheen, she’s got to have some kind of drama in her.”

“We have the same agent so I know her and she’s always seemed sweet,” she added. “But I look forward to seeing the naughty side!”

PEOPLE exclusively confirmed earlier this month that Richards, 47, who shares daughters Sam, 14, and Lola Rose, 13, with Sheen, 52, is joining the Bravo series for the upcoming season 9. (The actress is also mother to daughter Eloise Joni Richards.)

She’ll join Lisa Vanderpump, Kyle Richards, Lisa Rinna, Erika Girardi, Teddi Mellencamp Arroyave and Dorit Kemsley, all of whom are expected to be back for another round of drama in the 90210.

As for Glanville? She left the show in 2015 — but she isn’t ruling out a return.

“I think that if I had Kim [Richards] in my corner, it would be amazing,” she said. “It’s not fun to go back to everyone that wants to kill you. The last reunion I went to, I felt like I was going into a shooting range and I was the target. And that’s not fun.”

Season 9 of RHOBH is expected to premiere later this year on Bravo. 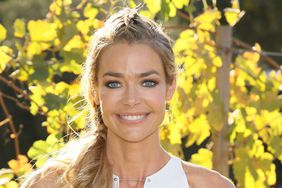 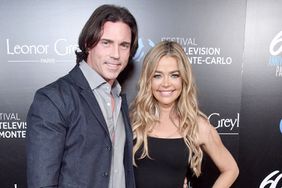 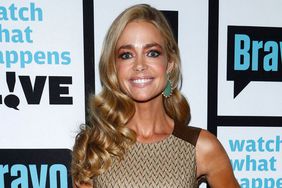 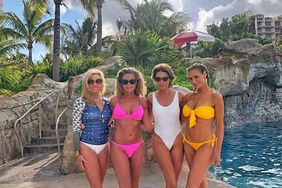