The actors have been dating since 2015

Josh Lyman is a married man!

“In a shocking, totally unearned plot twist, Commander Lawrence married Mrs. McKenzie today in Santa Barbara,” the groom tweeted, referencing their Handmaid’s Tale characters. (He has appeared in 13 episodes, and she guest-starred in one.) “The shark may have been jumped, but the couple is thrilled.”

His funny message accompanied a photo of the newlyweds with their dogs. Landecker, wearing a simple blue dress, clutched a bouquet, while Whitaker grinned in a sport coat, leaning into his bride.

A rep for Landecker confirms they were wed by political activist Ady Barkan at the Santa Barbara courthouse with their kids and dogs, Izzy and Otis, by their side.

The couple confirmed their plans to marry in March 2018 after Whitford, 59, and Landecker, 49, attended the 11th annual Celebration of the 2018 Female Oscar Nominees event in Beverly Hills — and Landecker was sporting a diamond engagement ring.

Though they met in 2014, the actors didn’t begin dating until the summer of 2015. They made their red carpet debut at the Creative Arts Emmys that September.

“Things with Amy are spectacular,” Whitford told PEOPLE at the season 2 premiere of the hit Amazon show in November 2015. “I met her last year, but we didn’t start dating for a little while. I work slowly.”

“I knew Bradley for a year before we dated and I kind of thought that he seemed like a cocky actor boy and I wasn’t really that interested,” Landecker previously told PEOPLE. “Now I’ve learned that if I don’t like someone at first, that’s probably a sign that they’re perfect for me because my taste is so bad… Now I’m the happiest I’ve ever been.”

Whitford was previously married to actress Jane Kaczmarek for 16 years, ending in 2009. They have three children together. Landecker’s previous marriage to Jackson Lynch ended in 2011; they have one child. 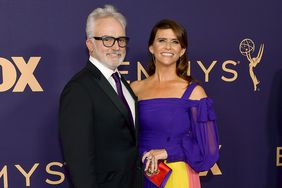 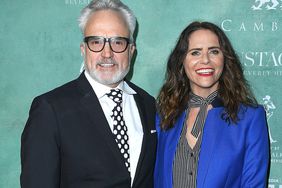 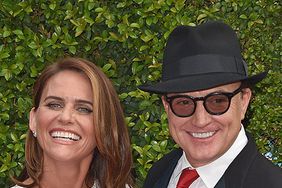 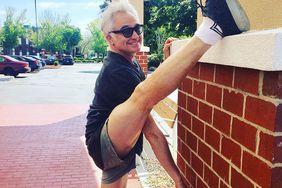 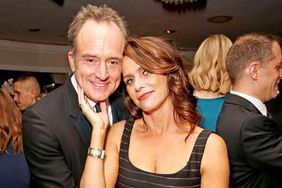 Amy Landecker Wasn't Into Boyfriend Bradley Whitford When They First Met: 'He Seemed Like a Cocky Actor Boy'