Bob Saget's cause of death has not yet been released, pending the results of his autopsy

Bob Saget was previously diagnosed with COVID-19 before he died Sunday at age 65.

The beloved Full House star was found dead in his hotel room at the Ritz-Carlton in Orlando, Florida, following his stand-up show outside of Jacksonville the night prior, the Orange County Sheriff's Office confirmed on Twitter.

Rebekah Bareswilt, an audience member from his show on Saturday night, tells PEOPLE that Saget referenced his bout with COVID during the performance. "He said he had recently gotten COVID, maybe less than a month ago," she recalls. "You really couldn't tell."

Comedian Tim Wilkins, who opened for Saget during the Jacksonville show, told PEOPLE that Saget was "just wearing the mask [after] that recent bout of COVID to be courteous to people" in attendance.

"He had just finished a bout of COVID so he was wearing a mask out of courtesy to everyone else. He was in great spirits. He was beaming about his wife and really enjoying life," Wilkins recalled. "He was in such great spirits and he was so generous. He's the kind of comedian that watches your show, compliments your show, the kind of guy that studies you before you get there and knows who you are. And that's not very typical. He was a genuinely good guy. It was like, we'd known each other for years. And I was so excited to finally meet him and just get a chance to tell him what a great influence he'd been and how much he'd inspired my career."

Saget also mentioned contracting COVID during a podcast appearance leading up to his shows over the weekend. "It is not good, it does not feel good — I had it," he said of the coronavirus on the A Mediocre Time with Tom and Dan podcast last week.

Though Saget did not indicate when he had COVID, he did make a joke about not knowing whether he had the recent Omicron variant or the previously dominant variant, Delta.

"At one point Omicron was opening for Delta, but then Omicron got so big, Delta's opening now," he teased, referencing how rapidly Omicron has spread across the country over the past several weeks.

Saget's friend Josh Levs, a communications consultant who previously worked at CNN and NPR, tells PEOPLE that the former America's Funniest Home Videos host spoke about getting COVID during a text message conversation they had on Jan. 7, two days before Saget's death.

"He said he got COVID during the holidays and members of his family got COVID, but he was feeling better and he was going to rest up before his performance that night in Orlando," Levs recalls.

"He said he was doing better. And he said he was just getting over it and he was going to rest before the show. He did a two-hour show and he definitely had no indication that in any way he was having health difficulties," the All In author adds.

Jodie Sweetin Pays Tribute to TV Dad and Full House Costar Bob Saget: He 'Was a Wonderful Human Being'

When law enforcement first confirmed Saget's death on Twitter Sunday, they said there were "no signs of foul play or drug use" on the scene.

On Monday, the Medical Examiner's Office announced that Saget's autopsy had been completed and reiterated that there is no evidence of either foul play or drug use at this time.

"The cause and manner of death are pending further studies and investigation which may take up to 10-12 weeks to complete," Stephany said. "Our condolences go out to Mr. Saget's loved ones during this difficult time." 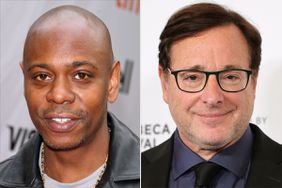 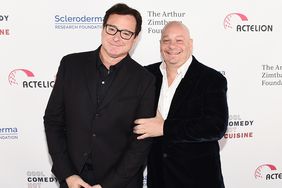 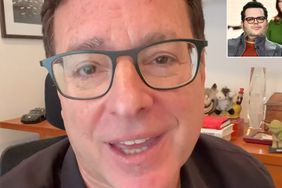