Bob Saget's daughter Aubrey is sharing a look at the final text message she received from her father before his sudden death at 65.

On Sunday, Aubrey, 34, posted a screengrab of the text exchange from the comedian, who was in the midst of his I Don't Do Negative stand-up tour. "Thank u. Love u. Showtime!" he wrote, as seen in Aubrey's Instagram Story post.

The Full House star was found dead on Sunday in his hotel room at the Ritz-Carlton in Orlando, Florida. The night prior, he performed at the Ponte Vedra Concert Hall, located outside of Jacksonville. (The series of comedy shows, which kicked off last Friday, were scheduled through the spring.)

After Saturday's performance, Saget posted a selfie from the venue on Instagram.

"Okay, I loved tonight's show @pontevedra_concerthall in Jacksonville. Really nice audience. Lots of positivity," he captioned the post. "Happened last night in Orlando last night at the Hard Rock Live too. Very appreciative and fun audiences. Thanks again to @comediantimwilkins for opening. I had no idea I did a two hour set tonight."

"I'm back in comedy like I was when I was 26. I guess I'm finding my new voice and loving every moment of it," he added. "A'ight, see you in two weeks Jan. 28 & 29 @pbimprov with my brother @therealmikeyoung — And check BobSaget.com for my dates in 2022 — Goin' everywhere until I get the special shot. And then probably keep going cause I'm addicted to this s---. Peace out. ✌️."

The Orange County Sheriff's Office confirmed the news of Saget's death after deputies were called to the scene that afternoon. TMZ was first to report on Saget's death on Sunday evening.

"Earlier today, deputies were called to the Ritz-Carlton Orlando, Grande Lakes for a call about an unresponsive man in a hotel room. The man was identified as Robert Saget and pronounced deceased on scene. Detectives found no signs of foul play or drug use in this case," the office wrote on Twitter.

"We are devastated to confirm that our beloved Bob passed away today. He was everything to us and we want you to know how much he loved his fans, performing live and bringing people from all walks of life together with laughter," the statement read. "Though we ask for privacy at this time, we invite you to join us in remembering the love and laughter that Bob brought to the world."

In addition to sharing daughter Aubrey with ex-wife Sherri Kramer, the former couple — who were married from 1982 to 1997 — were also parents to daughters Lara, 32, and Jennifer, 29. The former America's Funniest Home Videos host is also survived by wife Kelly Rizzo, whom he wed in October 2018.

Speaking to PEOPLE in January 2016, Saget raved about his three children and life as a dad.

"They are the light of my life," he said at the time. "I am a fortunate man in that all three of my daughters are exceptional. [They are] high beings, very smart people, very wonderful and very brilliant, very beautiful. They're all artists." 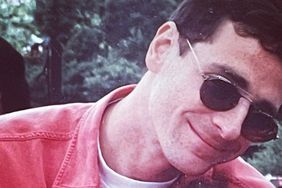